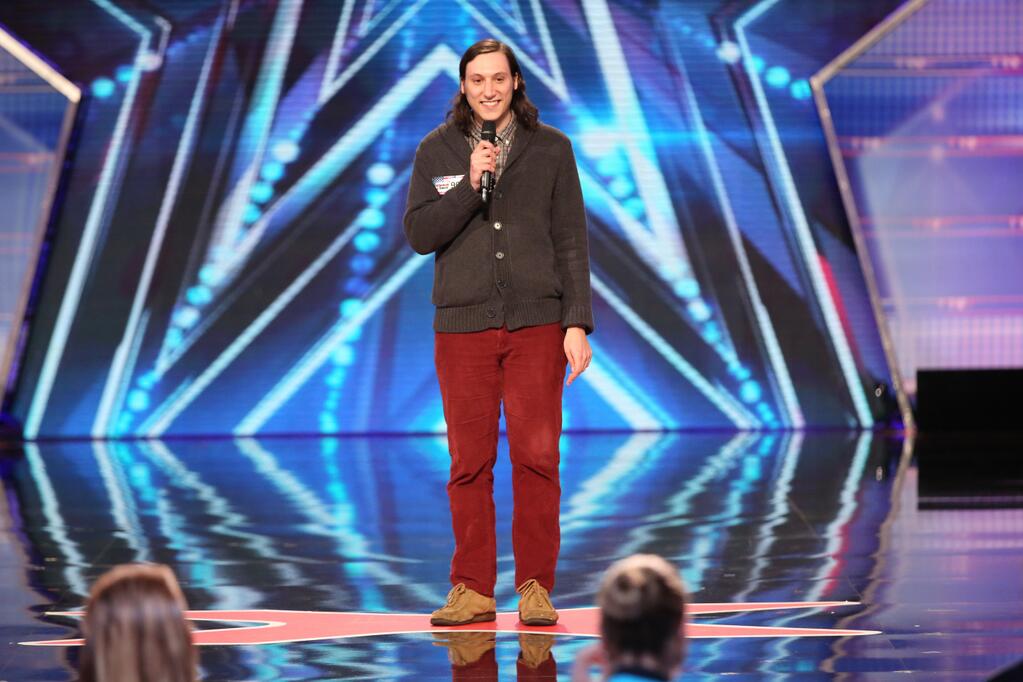 You won’t see this on Last Comic Standing.

Darik Santos, a 26-year-old comedian relatively new to the stand-up game, drove for hours across a state line and stood in line for six hours more to audition for this season of America’s Got Talent. He told the AGT audience he was a security guard in Windsor Locks, Conn. Make that past tense now.

As Santos told The Hartford Courant: “I was a security guard. I patrolled an empty parking lot. They gave me a flashlight and it didn’t even work.” He said he got laid off from that job. But his AGT audition went great.

His voice sounds inspired at least in part by Emo, but judge Howie Mandel said the young comedian reminded him of himself. Which obviously is a good thing. His Twitter is @DarikSantos.