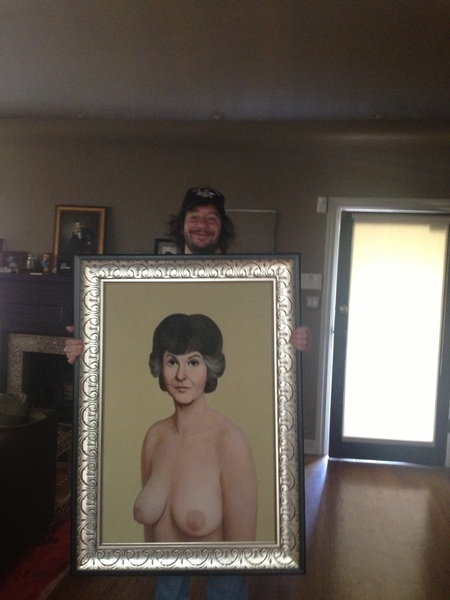 Remember that “Bea Arthur Naked” painting by John Currin that sold at auction last week by Christies for $1.9 million?

But Friday afternoon, comedian Jeffrey Ross posted a photo of himself with a large framed version of that painting, if not that very painting. The 1991 Currin painting of Arthur (who died in 2009) was based on a photograph of the actress while clothed, and is 38.25 inches tall by 32 inches wide. Arthur played along as Ross roasted her at Comedy Central Roasts in her final years, post-Maude, post-Golden Girls.

Ross wrote: “Biggest surprise of my life. Thank you @jimmykimmel – the most generous guy in the world! #BeaArthur ❤”

To which Kimmel replied, “Bea is watching over all of us, but especially you.” 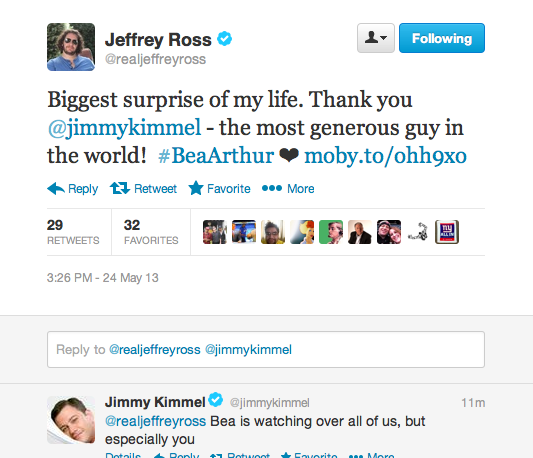 Paul Scheer will talk to you on Yowie, but you no longer have to ask him when Human Giant is reuniting