Are you a veteran stand-up comic? Read the #VeteranComic Twitter feed and find out

Are you or have you ever been a stand-up comedian who has put in your time, paid your dues and continues to work in clubs, colleges and anywhere else you can get gigs?

Would you consider yourself a “veteran comic”?

Here’s one new way to find out. Read the Veteran Comic Twitter feed @Veteran_Comic. The account started up a week ago, inspired by stand-up comedian Gary Gulman’s musings earlier this year and put to Twitter initially by Boston-based stand-ups Sean Sullivan and Tim McIntire under the hashtag #VeteranComic starting March 25. A separate Twitter account appeared the following day.

So far there are upward of 150 observations Tweeted or RTd on the account.It’s not a quiz, but you still can think of this as one. Take, for instance, these 15 samples from the Twitter feed. How many of them do you identify with personally? How many of them make you sympathetic for veteran comedians? And how many of them enrage you with the very notion that this is how younger comedians view you or your colleagues out there on the road? Or, pray tell, perhaps you feel all of those feelings!

Read ’em and weep, or laugh, or sigh. But don’t LOL or SMH, because a “Veteran Comic” wouldn’t know WTF to do with that.

#VeteranComic tells crowds nightly, “Our parents hit us and we turned out okay!” Lives in his car and begs strangers for approval.

After telling the audience to tip the waitstaff, #VeteranComic does not tip waitstaff.

@MrSeanSullivan @garygulman #VeteranComic gets free dinner from early and late show to go, pretends to have gf back at hotel, eats both.

#VeteranComic is insulted when someone refers to his Letterman spot as a “Stupid Human Trick”, until he’s reminded that’s what it was.

#VeteranComic is definitely a man and almost certainly white. He wants to be on the diversity showcase to represent funny people.

Veteran Comic admits the beatings we received were not w/o consequences. “I’m a thrice divorced recovering alcoholic.”

Veteran comic admits drive thru audio is actually excellent. “Not droppin’ that bit though!”

#VeteranComic takes hosting gig and does 45 minutes up front

#VeteranComic stands by wacky gimmick black and white headshot. Still uses those suspenders, and the jokes done the day the photo was taken.

#VeteranComic doesnt know how interesting his life story is and does nothing but material on famous podcast. Dies and is forgotten by time.

#VeteranComic heard what you said about him on that pod thing and he says he’s pissed but secretly he’s happy people are talking about him.

#VeteranComic makes final round of comedy contest but no shows at finals cause “contests are stupid.” Kid who wins does Ferguson next week.

Scenes from the line outside Gotham, 8 hours before auditions for NBC’s Last Comic Standing 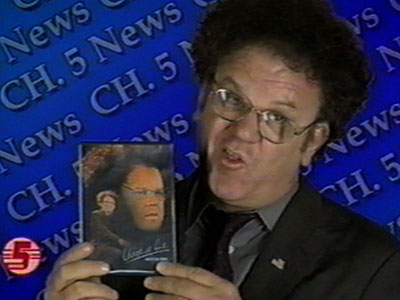