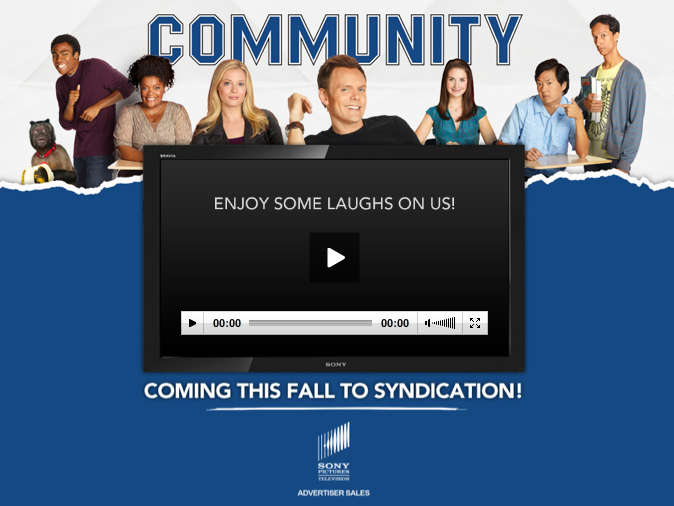 After a brief interruption, NBC’s Community returned for its belated fourth season earlier this month.

Cast members of the sitcom and their fans have used the Twitter hashtag #sixseasonsandamovie in a bit of wish fulfillment over the past couple of years. Could that still happen? Perhaps. Of course. Anything. Is. Possible!

Especially since Sony Pictures Television already sold Community into syndication with Comedy Central, as the cable channel will begin rebroadcasting episodes of Jeff Winger, Troy and Abed, Britta, Shirley, Annie, Pierce, Chang, Dean Pelton, Annie’s Boobs and the gang this fall. That, despite only making it to 84 episodes by the end of this 13-episode fourth season. 100 used to be the “magic number” for any network TV series to reach syndication levels, although the true number is much closer to 88 episodes from four 22-episode seasons (13 eps plus “back-nines”).

Sony Pictures Television has a site online for you to see what you’re buying with Community.

It’s sold with an alternate timeline not planned by creator Dan Harmon, nor even the multi-cam parody imagined by his writers in the season-four premiere. It’s. Well. Bizarro Community. As if Joel McHale’s “Jeff Winger” actually were Fonzie for a second.

And the sales pitch includes stats, too. Spinning the numbers for this year’s fourth-season, noting it “Tops all scripted programs on NBC in Thursday 8pm time period 2012-13 season to date” (suck it, 30 Rock?!); and that it had its “strongest rate for program” since all the way back in March 2012. You know, since so many episodes have aired since then.

Any series already sold into syndication only makes more money for its original network and its production studio by making more episodes.

So. Six seasons and a movie, then?

NBC Entertainment President Robert Greenblatt told the Television Critics Association in January that he hoped for a fifth season. Emphasis from fans and well-wishers on the word hope. “I’m always hopeful for a show to continue. We co-own it and I’d love nothing more than to see it continue,” Greenblatt told the TCA.

Of course, at the same TCA this winter, the ABC network chief expressed joy and hope for Don’t Trust The B____ In Apt. 23 and Happy Endings, too. Good luck explaining to the cast, crew and fans of those two sitcoms what has happened to their shows since then. 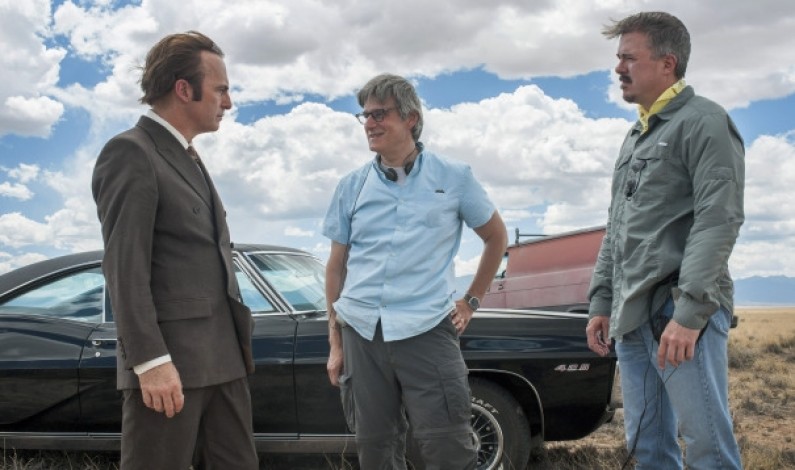 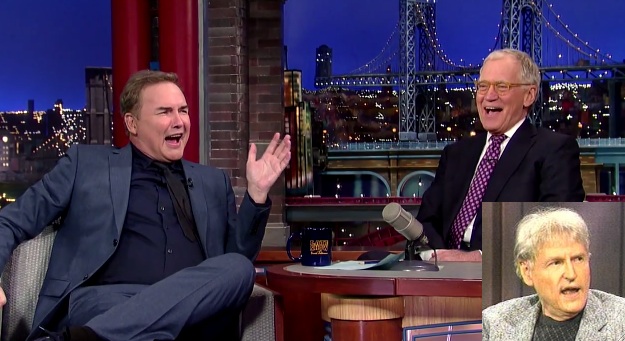