The 2011 Emmy nominations came out this morning and revealed a few surprises, and yes, a couple of snubs. Same ol’ same ol’. 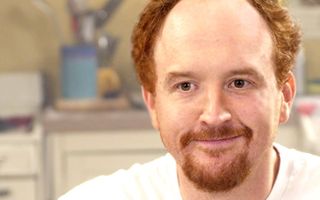 Perhaps most surprising? That comedian Louis CK received the most individual Emmy nominations of anyone, with four: two for his FX show, Louie (acting, writing), and two for his stand-up concert film, Hilarious (writing, editing), which aired on EPIX.

He told the Los Angeles Times today that he already feels like a winner because his unique deal with FX has paid off: “We’ve proven that if you spend a hundredth of the money the big networks do, you can land at the same place.”

So let’s get to it. Here are the nominees in the comedy categories…

Aside from Glee, which shouldn’t be in the comedy category, there are no losers; only winners. Unless you’re Community. Or Eastbound and Down. Or Louie.

Alec Baldwin and Jim Parsons are past winners for their roles, while Steve Carell is the sentimental and logical favorite for his stellar performance in departing The Office. But, hey! The Emmys recognized Louis CK, too! Wow. Very nice.

Not sure why Emmy voters love Showtime’s non-comedies so much, but at least they made room for Amy Poehler and Martha Plimpton, in addition to past winner Tina Fey, and hey, look, it’s Melissa McCarthy (who may also be considered for a supporting actress in the Oscars next year for her work in Bridesmaids?!?).

Glee isn’t a comedy. Modern Family has too many characters in a strong show. So why is Nick Offerman overlooked for his Ron Swanson in Parks and Recreation? Why is Danny Pudi overlooked for Abed in Community? Please explain these things to the children. For the children. And somehow they also decided to snub past winner Neil Patrick Harris. Why, exactly?

Um. I feel like Emmy voters didn’t even pay attention when filling out their ballots in this category, but just used copy-and-paste.

Zach Galifianakis has an Emmy nomination!

Pee-wee’s got his work cut out for him.

Outstanding Writing For A Comedy Series

Outstanding Writing For A Variety, Music Or Comedy Series

Outstanding Writing For A Variety, Music Or Comedy Special

The Daily Show and 30 Rock are competing in “Outstanding Special Class” for short-format live-action entertainment online.

Jay Leno is up for an Emmy in the short-format nonfiction category for jaylenosgarage.com.

Team Coco and Fallon are competing with Grey’s Anatomy, Fringe and The Oscars in the online category, dubbed “Outstanding Creative Achievement in Interactive Media.”

Kathy Griffin’s My Life on the D-List got nominated for Outstanding Reality Program, up against headier fare such as Deadliest Catch and Hoarders.

Oh, and Louis CK also earned an editing nomination for his stand-up special, Hilarious, which was a movie but also aired on Epix.

I want to see Peter Dinklage take home the supporting actor drama award for Game of Thrones just because.

And, last but not least, here’s an interesting match-up in the race for Outstanding Original Music and Lyrics: