Kate McKinnon earned a nomination for the ECNY's Emerging Comic Award in 2010, but how she hasn't emerged already as a comedy star is beyond me. Yes, McKinnon got to showcase her chops in Logo TV's The Big Gay Sketch Show, but odds are, you weren't watching Logo nor even know what channel that is on your cable/satellite provider. 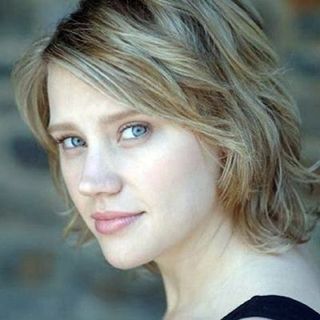 You do have the opportunity to see how brilliant McKinnon is, live onstage, in her new aptly-billed "one-woman sketch-tacular," Kate McKinnon On Ice, which just began its run at the UCB Theatre in New York City.

McKinnon has no qualms, no shame when she takes the stage. Instead, she goes for the laugh each and every time with gusto. And in one scene, with gutso! So. Yeah. Yeah! What makes McKinnon so special is that she manages to be both charming and likable, while having a wild, mischievous streak lying so close to the surface that you can see it waiting to burst out at any moment.

Her show includes multiple British accents, portrayals of people we know such as Penelope Cruz, Temple Grandin and Susan Boyle (see the video ad below), people we didn't ever think we'd know such as a Siamese sister act for America's Got Talent, and yes, even a sketch that puts one of McKinnon's characters on ice, while another of McKinnon's characters provides commentary on that character. Her joie de vivre is expressed simply, too, in a series of interstitial videos following her as she dances around the city.

Kate McKinnon is a joy to watch, and more people need to see her and feel that joy for themselves.

Kate McKinnon on Ice, now playing at the UCB Theatre.

“I Am Comic,” reviewed at the Bridgetown Comedy Festival, and talked up by director Jordan Brady

One thought on ““Kate McKinnon on Ice,” A One-Woman Sketch-tacular!”