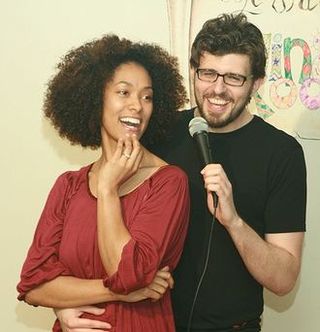 Count Abbi Crutchfield and Luke Thayer as one of those couples. They taped an episode of The Newlywed Game for GSN last week.

While they cannot say how they did, nor when the episode will air, Crutchfield did share a few behind-the-scenes details and a pic she took with host Sherri Shepherd.

About a month ago a comedian friend of ours who works in the casting department for the show told us we should audition before the season ended. On the day of the shoot we sat in the green room and met a handful of other couples who didn't know anything about what would happen on the show. Most everyone kept to themselves but after several hours in a room with strangers you experience Crowded Sitcom Elevator syndrome, where you all start bonding not knowing when you'll be called to stop. Then someone has a baby.

We went on with two of the couples from the green room. There was a warm-up comic keeping the crowd energized. They applauded for us and we took turns answering questions.

Sherri Shepherd was a great host, and although she had been shooting all day, she stayed late to take pics with contestants. One contestant was from out of town and mentioned that she liked popcorn, so Sherri made sure the girl was given some from a nearby gourmet popcorn store before she went back home. She didn't make sure I got any, but I didn't hold that against her. My commute home wasn't as long. 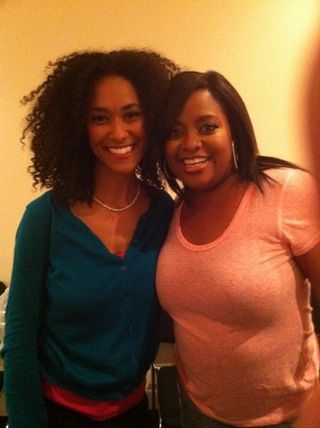 Crutchfield hosts the stand-up showcase, Positively Awesome, on third Thursdays at The PIT in NYC.