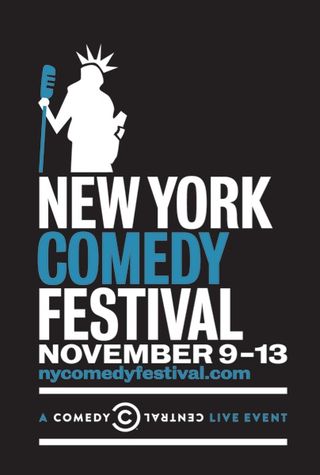 The New York Comedy Festival will continue to get nationwide exposure via Comedy Central, as the fest and the network announced a three-year extension of their partnership.

Working together allows some of the NYCF shows, produced by Carolines on Broadway, to be streamed online at comedycentral.com or broadcast on the cable network. The 2010 festival, for example, hosted Patrice Oneal's one-hour special, as well as live-streaming showcase for Jokes.com.

Quotes from the press release…

From Mitch Fried, Comedy Central's senior v.p. of live entertainment: ‚ÄúThe relationship with the New York Comedy Festival for the past few years has been hugely successful. This strategic alliance affords both New York City-based companies the ability to showcase incredibly talented performers through a multitude of media opportunities.‚Äù

From Caroline Hirsch, the Caroline of Carolines on Broadway comedy club: ‚ÄúWe‚Äôre thrilled to be extending and expanding our partnership with Comedy Central, and we‚Äôre looking forward to elevating the Festival and comedy to even greater heights over the next three years. New York is such a special place for comedy, and the festival has become one of the city‚Äôs most successful and highly anticipated events with Comedy Central.  This year‚Äôs festival promises to be a very special week for comedy throughout the city.‚Äù

These comedians dressed up (or down) for Halloween. How about you?