Saturday Night Live continues to add new people to the roster in advance of its upcoming 36th season, which begins Sept. 25, 2010. We learned a few days ago that Chicago comedian Tom Flanigan got hired as a writer, and now I can also tell you that Los Angeles comedian Heather Anne Campbell also will be joining the writing staff this fall.

Let's get to know a little more about them both! 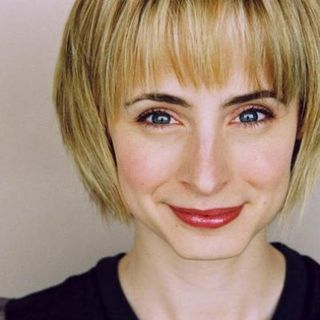 Fun facts about Heather Anne Campbell from her Upright Citzens Brigade bio: Before she was old enough to drive, Campbell was the youngest student and performer in Del Close's final show. She has performed in small roles in various television programs, and also is a video-game journalist. What what? She is a veteran of Boom Chicago in Amsterdam and past performer with The Groundlings and iO West. Early this year, she joined the cast of Drew Carey and the Improv All-Stars, so she knows whose line it is. Anyway, Campbell also is a fixture in the UCB LA's theatre, performing Thursday nights with Last Day of School and monthly with The Midnight Show. You may also have been among the millions who saw her leading the way in Improv Everywhere's Food Court Musical.

But what might her written sketches look like on your TV? Why don't you look at these videos she already has written and co-starred in for The Midnight Show! They're both slightly Not Safe For Work. In this first one, Campbell and James Pumphrey learn in an educational film how to have sex properly. Sort of. Roll it!

Tom Flanigan has been a stand-out in recent revues from Second City's e.t.c., and is a founding member and artistic director of sketch group Galileo Players. Here's a short he wrote and directed for the Galileo Players that features Jackie Hoffman and Matt Hovde, an episode of their series, "Science Digest." Roll it.