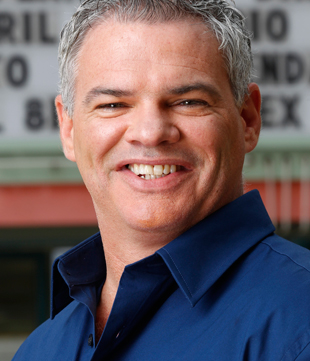 Mike DeStefano finished fourth in the seventh season of NBC's Last Comic Standing. In his final words on camera, DeStefano cursed out anyone who had failed to vote for him or support him.

If you want to go deeper into Mike DeStefano's dark worldview, which actually makes more sense if you give it a listen, then you can read my previous interview with him, then hear more than an hour of his NSFW stand-up comedy on his new CD, OK Karma.

In the meantime, here is his official "Exit Interview" with The Comic's Comic, which we recorded overnight on the steps outside the Comedy Cellar in NYC. Roll it.

The Kenny Powers book on audio