TGIF was doubly so in a weirdly coincidental way this past Friday, as The PIT (Peoples Improv Theater) announced it had acquired a new space just hours before the UCB (Upright Citizens Brigade) started its 12th annual Del Close Marathon and updated everyone on the status of its expansion into the East Village.

Let's break it down. 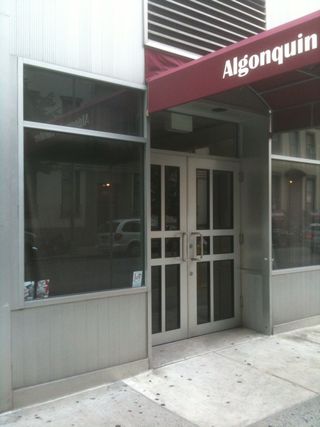 The PIT put this news out on Friday via its Twitter: @ThePIT acquires new theater complex! 10k sq ft, 99+ seat theater, full bar/coffee shop, rehearsal spaces and offices! Follow The Fear! Sources close to The PIT who are on PIT house teams who edit comedy blogs wanted you to think they would be moving to Murray Hill, while sources close to my eyeballs and traverse the Gramercy or Kips Bay neighborhood see that The PIT already has its postcards in the front windows of The Algonquin Theater at 123 East 24th St., between Park and Lexington, which just so happens to have a 99-seat theater, full bar and rehearsal space.

It looks really nice. And having traveled those blocks, I know it's close to the 6 and N/R stops at 23rd Street as well as Madison Square Park and the original Shake Shack. It's not close to the UCB and Magnet, so perhaps the PIT wants to prove itself on its own terms in its own neighborhood. Good for them.

Now, about the UCB's East Village expansion. This has been an ongoing project since the very start of 2009, as I reported. At the "press conference" for DCM12, the UCB's Matt Besser, Matt Walsh and Ian Roberts claimed that the new venue, UCB-East, or as Roberts joked that anyone in the know would call it UC-Beast, would be ready to showcase stand-up and other shows in 2011. Walsh noted that it'd also have a bar "called The Hot Chicks Room." 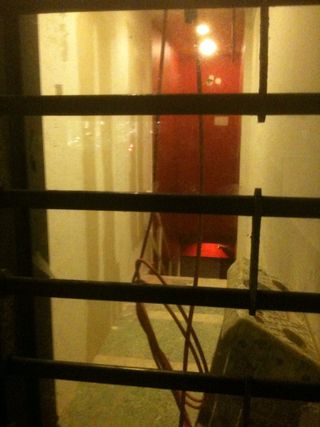 It looks as though work really is happening at the spot that formerly housed Two Boots Video rental store and cinema next to the Two Boots Pizza on Avenue A and East Third Street. If you walk past 42 Ave. A, you can see that the video drop-box leads to a newly painted downstairs, where the theater space will be.

On the street level, they're constructing a separate bar — the "Hot Chicks Room" — with blue walls and a central bar space. It appears that all of the delays have been bureaucratic in nature, so slowly but surely, this is getting done. The UCB plans to move the stand-up shows and perhaps some of the one-person shows to UC-Beast to open up more slots on the schedule for improv in the main theater space beneath Gristedes in Chelsea. 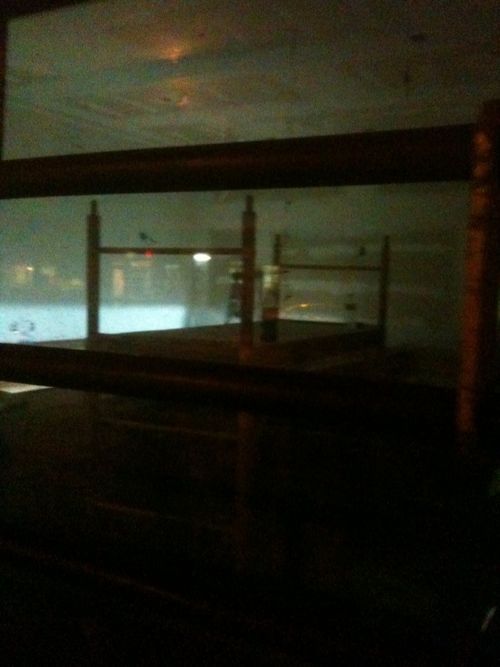 From the archives of Mitch Hedberg: A relaunched site with his written notebooks, clips and more