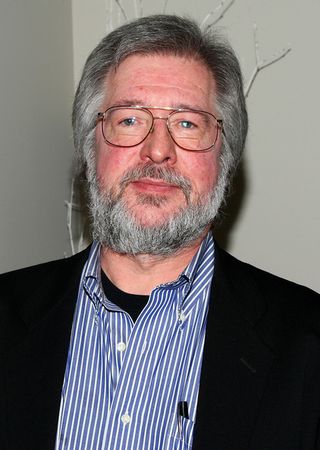 Tom Davis may be a scholar and a gentleman, or he may be neither of those things, but he was one of the original writers for Saturday Night Live, and he did live a full life, which he shared parts of which with all of us in his memoirs, "39 Years of Short-Term Memory Loss," and shared more of with with me, including the fact that he's already dying, so you really should see him talk tonight with Carl Arnheiter in the opening night of Sketchfest NYC 2010 at the UCB.

"Carl Arnheiter and I have done this a few times before and he is a good friend of mine. He invited me, and whenever Carl invites me, I show up. One of our conversations as I like to have, and I'm bringing clips from Saturday Night Live which are some of my favorites, and everyone is glad to see my clips from the show. We'll go wherever the conversation takes us."

Considering your memoirs, do you find it strange, as I do, that some comedians boast that they have never tried drugs or alcohol? I'm not advocating becoming an addict, but do you think that a comedian needs to at least know what it's like to drink and/or smoke? "There are some other funny people who are straight arrows and always have been. To my knowledge. You never really know I was going to say…Chris Rock. When I was just leaving the show he came there and I know Chris from like a year or two from working at Saturday Night Live and he was a straight arrow when he first came up. In the old days of Saturday Night Live, it's well-documented that there was drugs, and when Belushi died, the cat was out of the bag. But Jane Curtin was a perfectly straight person and was wonderful. And Gilda, she had tasted things but I never knew her to have any problems with drugs and alcohol. But if you're going to be a blues musician, I recommend being seriously drunk for at least a few years."

"I visited the show several years ago. I was amused to find there was no cocaine or marijuana that I could detect. People were staying awake on Ritalin and Krispy Kreme doughnuts. That's how they were staying awake. They prefer junk food and Ritalin, which is probably wise. It seems to be serving them very well."

How would you compare performing in NYC and LA back in the 1970s, when you were first starting out? "Well, I did clubs in 1973 in New York, Catch a Rising Star and Budd Friedman's Improv, that was Al's last year in Harvard, starting in February we would drive down on the weekends to perform, then we moved to L.A. in the summer and performed there until we got hired by Lorne Michaels. It was a lot cheaper in Los Angeles. There was parking. In the early 70s you could park for free. Food was cheap. Gas was cheap. But the clubs seemed to be populated by the same people. Including Franken and Davis. There is a difference between New York and L.A. L.A., everybody's in show business, and in New York there are other things besides show business that are actually happening. And there is always this phenomenon that the West Coast seems to be anti-intellectual, whereas they aren't anti-intellectual on the East Coast, which isn't to say they are intellectual. I like to compare Los Angeles and Washington, D.C. I think Washington, D.C., is like Los Angeles, just without the talent. With money and power, it's the same. It's just the talent is in L.A."

How would you compare coming up then to now?

"I don't subscribe to any of those things. I'd say my career peaked in 1978 so I'm pretty predisposed to preferring that period to show off my talents. Every writer does. I was at the height of my influence in 1978, so that was my favorite year. And that movie, My Favorite Year, that was the closest they've come to showing what it was like on Saturday Night Live, including Tina Fey's show. And I love 30 Rock. They have my respect. And it's different from what I do. I do like things that are original and wonderful which is what that show was."

So how many stints did you have on SNL: Three, four or more? "No, I was only fired once. I was fired in '94. If memory serves me well, and it's close enough if it wasn't. I got fired in '94, that's what. But looking back in my life, I like to think the times when I was most successful were the times I acted most like a gentleman."

Is that a life lesson anyone can use? "A prince is someone who behaves as a prince, and there are princely people out there, and I like them. Dan Aykroyd is a prince. And probably nobody who did Saturday Night Live did it better than Dan Ayrkroyd in terms of acting, writing, supporting acting and even production. Dan Aykroyd was the best and everybody knows that."

How do you feel about what Al Franken has done since Franken and Davis broke up?

"Al's kindled quite a bit of magic by becoming a Senator, and I'm very excited for him and the state of Minnesota to have a Senator as hip as him. He's going to be a remarkable Senator. I'm very proud of him. I think he was born to be a Senator. He's well-equipped to be a Senator. He's got he ethics, the desire. He has the work ethic. The concept of public service is something we hold so very dear, and he's an extremely bright person. He's turned into a very good man, with some wisdom now that's going to serve him well. As far as magic between Al and me, he and I have spent some high-quality time recently…he calls me up every couple of weeks to see how I'm doing. I don't call him up because he's so fucking busy."

Do you think Franken serves as example for other satirists and political comedians that it's OK to become more directly involved with the political process? "When Ronald Reagan came up, it took the onus off of people coming from show business. People often compare Al to Jesse Ventura, who was a wrestler from Minnesota. I don't think that comparison is apt. Al, he loves politics. Bill O'Reilly has as much to do with Al becoming a Senator as any one person. Al was predisposed to becoming a politician. Show business just allowed Al to vent. I'm the guy who held him back for 20 years. So my conservative friends like to point that out."

So, if you peaked in 1978 and already wrote your memoirs, then what's next? "I'm going to die of cancer. I should be dead in about six months. So this is going to be my last public appearance. And I will at some point in the process, talk with Carl about the process of death and dying. My life has been filled with irony and it seems as though my death will be, too. Usually a dying comedian is not someone who attracts large crowds. Most of my friends know that I'm going through this experience, and anyone who comes to my show will know this." What kind of cancer? "It started on a tonsil about two years ago…and a very odd, they call it exotic. I fully expected to survive and be cancer-free, but it came back with a vengeance. I don't know whether to share the full information. I'm not cancer-free, I'm the opposite. Cancer is kicking my skinny little butt. I used to have a sexy butt, too. I've lost all the weight. I'm wearing my jeans from the 1970s. I used to say I'm going to save these jeans for when I have cancer, and you need to be carefeul with what you say, because you never know who's listening."

This isn't some Andy Kaufman stunt, is it? "Well, I doubt it. But there are things such as miracles. People come up to me and tell me about people who were supposed to die in two months but continue to live. But my own life philosophy, that feels hope and denial are my enemies. I'm facing death and I don't want to deny it. I'd rather embrace it. And if I don't die, I'll be thrilled. If i do die, I want to do it well, with some grace and humor, which is my raison d'etre."

Watch Big Jay Oakerson’s revealing interview with me, from my CMJ series with The Laugh Button

Interview: Jim Breuer clears the air with his memoir, “I’m Not High,” talks about his career, Sirius and SNL

Exclusive interview with Jim Jeffries in his hotel room