Sources outside the show, and backed up by anonymous sources from within 30 Rock, have informed me that Michaela Watkins and Casey Wilson appear to have been let go from Saturday Night Live and won't be returning this season (although they may have participated in some pre-taped ad parodies and digital shorts). They're no longer listed in specific office protocol. UPDATED: Michaela just confirmed this to me herself. So it looks as though Lorne Michaels hired Jenny Slate and Nasim Pedrad not as additional females to the cast (as SNL follower Rachel Sklar over at Mediaite would have hoped), but rather to replace Watkins and Wilson. 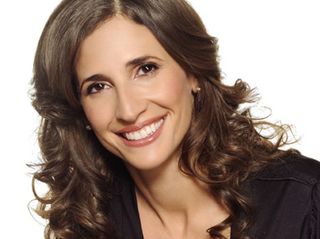 UPDATED! Here is an exclusive statement that Michaela Watkins emailed me about her departure from SNL:

"I will say to you now, though, that I had a GREAT time there. Met some of the most truly talented and fantastic people, had the most exciting job and I honestly can say I don't have any regrets I can think of right now. Although it seems kinda crazy right now, this may shake out to make sense to everyone. Lorne isn't known for indulging in any lip-service and I feel very encouraged by his words last week. I'm working on something I'm very excited about now, so… the journey continues, and I feel so lucky I got to stop off at 30 Rock. It was awesome."

People who work at the show, and those who knew her at The Groundlings, where Watkins was performing with the Mainstage in Los Angeles before she was hired midseason in November 2008 (to help compensate for the loss of Amy Poehler), were shocked. They're not alone. I thought Watkins made the most of her first half-season, lampooning Arianna Huffington, appearing in a series of spoofs on NBC's own Today show as Hoda Kotb (to Kristen Wiig's Kathie Lee Gifford), as well as portraying a celebrity gossip blogger (bitchpleeze!). She more than held her own, and letting her go now doesn't seem to make any sense!

Wilson's departure, on the other hand, may come as less of a surprise to her critics and fans. She already has been scheduled to perform Sept. 24 (two days before the SNL debut) in an Upright Citizens Brigade show in Hollywood. And she had trouble breaking out during her tenure. Either her sketches would get cut after the dress rehearsal, or delayed by weeks, or she'd end up playing second or third banana in a sketch. She did have a sense of humor about the situation this spring, when Wilson starred in a Funny or Die video in which she read what people had to say about her on the Internets.

Abby Elliott, meanwhile, will return. NBC even posted a clip of Elliott talking up the new season during this summer's press tour.

Darrell Hammond also may return in some capacity this season, even though it looked like the May finale was also going to be his. He told a local TV station in Rochester, N.Y., recently that he was in negotiations. He holds the record for longest tenure of any cast member, having been with SNL since 1995.

Announcer Don Pardo, however, has officially retired after being an SNL institution since the beginning.

As one source told me, while new hires get announced and/or introduced, people who get let go don't. They just aren't there the next day. I will update if/when I get additional information.