The 35th season of NBC's Saturday Night Live reportedly will add to its female cast, with knowledgeable folk filling me in on two new hires in Jenny Slate and Nasim Pedrad!

SNL staff began work this week for the 35th season, which kicks off with Weekend Update Thursdays on Sept. 17, and the first full SNL set for Sept. 26. Although actress Megan Fox has told the media that she'll host that season premiere, there has been no official press release from the Peacock Network to confirm that or the new additions to the cast, who should help relieve the pressure on Kristen Wiig to carry the female load, as she seemed to do during the second half of season 34 after Amy Poehler's departure (note: NBC has confirmed that Poehler will return to the anchor desk for the first two Weekend Update Thursday shows, Sept. 17 and 24, and help promote her own sitcom, Parks and Recreation). Anyhow. Yes. No other cast additions or subtractions have been made official just yet. And for the record (for whatever that's worth these Internet days), I was first last November with news about SNL adding Michaela Watkins and Abby Elliott to the cast. They're still there.

But you wanted to know about the new cast members? Alrighty then! 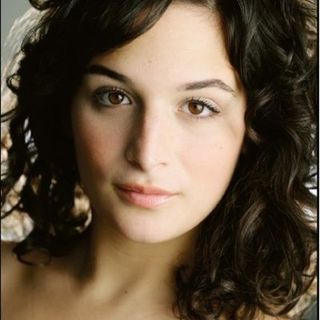 I know and adore Jenny Slate, and have even shared the G train with her. When I wrote about her one-woman show "Dead Millionaire" (at the UCB-NY in May), I noted that she has become a darling of the city's independent comedy scene. She's from Milton, Mass., moved to NYC to attend and graduate from Columbia University, and used to live a few blocks from me in Brooklyn.

She became comedy partners with Gabe Liedman, and together as Gabe & Jenny, they had their own weekly show at Rififi. More recently, they joined up with Max Silvestri to host the "Big Terrific" showcase on Wednesday nights in Williamsburg, Brooklyn. But you've most likely seen her even more recently in a Verizon TV ad in which a tech failure forces her and her coworkers to shout at each other — and she had the chance to impress NBC directly with her appearances as a network page and later, Jimmy's assistant, in the "7th Floor West" parody series within Late Night with Jimmy Fallon. Here's the episode in which Jimmy met Jenny: 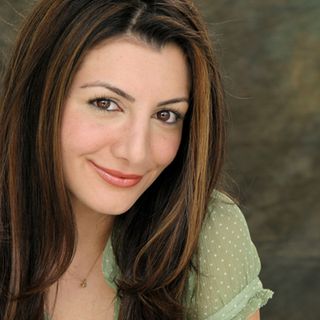 I knew I'd heard her name before, and sure enough, Google told me (via the UCB-LA) that Nasim Pedrad had her one-woman show, Me, Myself & Iran, in The Comedy Festival in Las Vegas in 2007, where I first saw her perform. Born in Tehran, Iran, Pedrad is a UCLA grad and has worked with The Groundlings, the UCB Theatre and Improv Olympic. She recently has been a player in the Sunday cast of The Groundlings.

Over the past couple of seasons, Pedrad also has been featured elsewhere on NBC, playing "Nurse Suri" in several episodes of ER. The clips from her one-woman show, however, were taken down from the YouTube.