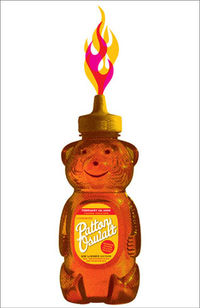 "I'm expecting a daughter at the end of April…(applause break)…I just hope she gets my looks and personality!"
— Patton Oswalt, last weekend at Carolines in New York City, during a set full of material about how he'll have to change his lifestyle once he becomes a father. And also "sky cakes." He is recording his performances tomorrow, Feb. 28, 2009, in D.C., for his third CD as well as a new Comedy Central special.

Recording four one-hour stand-up specials in a year is not special, Kathy Griffin.