David Crowe's new 75-minute stand-up special, Crooked Finger, debuted late last night on Showtime. If you missed it, don't fret, as the pay channel rebroadcasts Crowe's special again tonight and throughout the month on TV and On Demand.

Except the special isn't exactly new?! No, really. Crowe's own site reveals he recorded his set at Seattle's Triple Door Theater way back in 2005, but if takes three years to get it sold to Showtime, at least it got sold, right? And Amazon.com says you cannot get the DVD there until February 2009! That said, let's bring you up to speed on David Crowe — Crowe has achieved a rare double-double, winning the Seattle comedy competition in 1995, and then taking the trophy the following year at San Francisco's monthlong comedy contest. I lived in Seattle then, and knew Crowe as one of the Pacific Northwest's top-rung headliners. Even if at first glance, he seems like just another unassuming balding white guy comic. Once onstage, though, Crowe gets the crowd's attention immediately and often through a series of routines that uses his many accents and act-outs to great effect. For reference, here's a clip of Crowe talking about bull riding for the Bob & Tom Comedy All-Stars show:

He opens Crooked Finger with thoughts about being named after the Biblical David, and a joke about Boeing (a topic which, I can tell you firsthand, always works well in the Seattle area). A bit about how phonetics makes some curse words more popular as well as more offensive allows Crowe to work in some wordplay, too. "You call someone a vagina, they don't care," he says, adding a few moments later: "What's offensive is not always a matter of semantics, it's a matter of phonetics. Not that I'm anti-semantic…unless you use those Yiddish words." A Seattle guy with a Seattle audience makes for a good platform for addressing "the rain question," and he puts it into perspective with some road stories from tornado country.

Crowe acts out bits comparing second-hand smoking to second-hand drinking, talks about how tough it is traveling abroad as an American, compares beer drinkers to coffee drinkers for productivity purposes, suggests taxidermy is merely waiting for the animal to hit the proper pose before killing it, reveals why most American sports aren't in the Olympics, illustrates the wonders of listening to bowling on the radio, peeing in the woods, participating in the school band, and how old people music is now his music. That's just scratching the surface.

Related: Here is a song Crowe wrote and perfomed just for the special, based on his bit about how customer service has got to be the toughest job around. Because writing a song about the easiest job (classical radio DJ) would be silly. With comedian Kermet Apio on bass, and Jeff deRashio on drums.

Jimmy Kimmel, back with writers 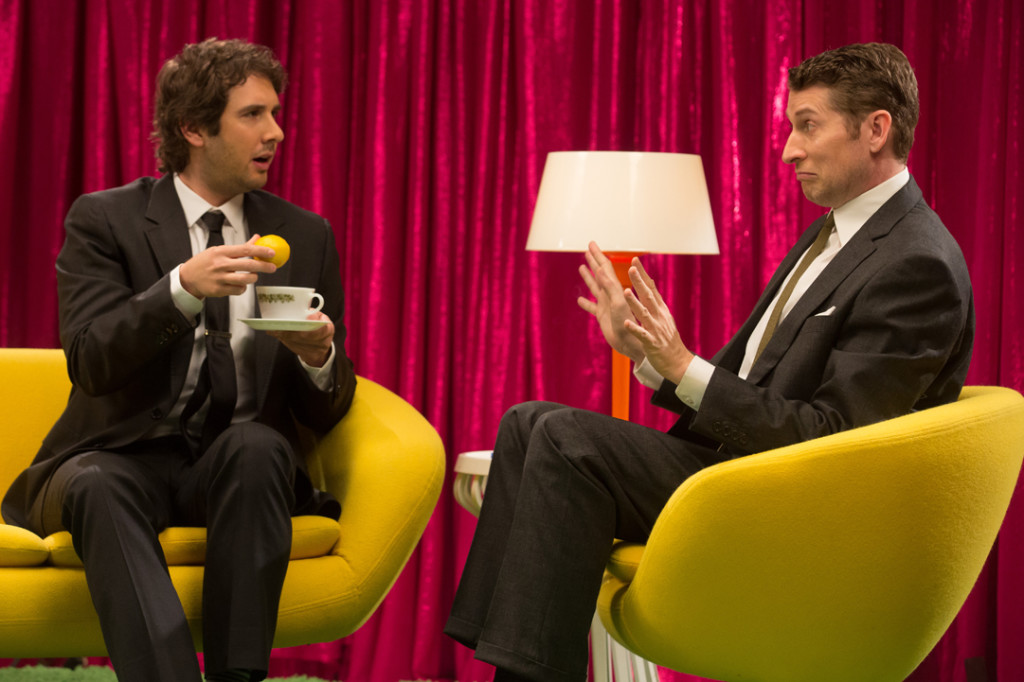 IFC’s special guests for the second half of season 3: Comedy Bang! Bang! with Scott Aukerman