While I was off in Las Vegas for a comedy fest, staying at the Monte Carlo resort and casino, the kids at Saturday Night Live put on a James Bond sketch in a casino in Monte Carlo. Coincidence? So nice to see The Comic's Comic is still in your hearts and minds, SNL. But are you in ours? Let's get to recapping to find out if SNL still has the buzz come Monday morning…(videos available for viewing either on Hulu or the SNL NBC site)…

Our cold open is definitely most cold, as C-SPAN is covering the Congressional hearing on bailing out the auto industry. More wonky than funny. Unless you're one of the reps (Barney Frank, Carolyn Maloney, Walter Jones, Gregory Meeks, Peter King) or one of the Big Three auto CEOS, because you got to see yourselves portrayed by Fred Armisen, Casey Wilson, Bill Hader, Kenan Thompson, Bobby Moynihan, Will Forte, Darrell Hammond and Jason Sudeikis, respectively. No video up on Hulu, because really, they're doing you a favor. Detroit needs to make "gayer cars"? Roll the credits, already!

Country music star Tim McGraw is our host, and sporting his black cowboy hat, he says that in this era of change, "anything is possible," including putting him on the same show with Ludacris and T-Pain. So McGraw has a message for the hip-hop fans tuning in, explaining how country music isn't all that different, after all, and singing a verse or two.

Instead of an ad spoof, we get a spoof of an ad spoof, as Kristen Wiig attempts to become the spokeswoman for her new product, Clear-Rite. It's a clear retainer that's better than clear braces. Just ask Armisen's character. Or her good friend, played by newbie Michaela Watkins. Or her boyfriend, played by McGraw. Lots of lip action from Wiig. Not quite as twitchy as some of her other "crazy" character roles, but certainly funny in an awkward way. Watch it:

Bill Hader nails Dateline NBC's creepy anchor/reporter Keith Morrison in a preview for a potential episode, with victims played by Wiig, Sudeikis and Wilson, and McGraw. Watch it:

It's Thanksgiving week, so time to talk turkeys. Or rather, time for the turkeys to speak for themselves and run for cover! Armisen, Samberg, McGraw, Sudeikis, Wiig, Thompson and Watkins get dressed up for dinner. Sure, funny to look at. But they play it a bit too straight. Needs more gobble gobble! Watch it:

The 007 spoof at Monte Carlo has Hader playing Bond, and Armisen gets the good part of Le Chiffre, and the twist? McGraw is also at the poker table as Dwayne Bodean, a good ol' country boy who finds all of the dialogue and Bondisms a little too funny. "Are you kidding me?" Bodean yelps when Wiig enters the scene as a Bond girl and declares her name is Pussy Galore. Forte and Samberg play background parts. Meh. Watch it:

Ludacris and T-Pain want you to know they've written a song celebrating the longstanding mating ritual known as beergoggles. "If I take one more drink…" I could write a hit, too?

Weekend Update really cannot figure out how to say goodbye to Amy Poehler, who gave birth earlier this month and isn't coming back. Seth Meyers announced at the start: "Amy Poehler is still on assignment." And Hammond as Bill Clinton asked, "Where's Blondie?" "Amy, wherever you are (he mouths: Call me!)" His Clinton doesn't have the same spark it usually does, even though he's going on and on describing his role as the potential husband of the Secretary of State. Watch it:

Forte also had a fun Update bit playing former U.S. Sen. Zell Miller, who at 76, is backing the Republican in the Georgia runoff election because his first name is Saxsby, and offers up a screed about how the only good men have old-timey names.

T-Pain and Luda get to play in their own sketch, too, in a music studio with Thompson, McGraw, and Samberg as returning character Blizzard man. A white rapper who everyone thinks is great even though he is horrible. As much as I am not normally a fan of white guys trying to be funny by rapping, I think that's not quite the point here. It's more about T-Pain and Luda clowning on Samberg's character. "Man, he look like Vanilla Ice's stunt double!" T-Pain says. Samberg's Blizzard also does the vocoder robot voice. But the joke's on his character. I think. Watch it:

Who is that stranger at the Thanksgiving dinner table? And how did he get here? Why, it's Forte's oddball character, Jeff Montgomery. I remember him as the pedophile trick-or-treating to notify the neighbors he's a sex offender. This time, though, he is an escaped mental patient. Trick-or-turkey! McGraw, Wiig, Wilson, Armisen, Moynihan and newbie Abby Elliott are also at the dinner table, and they're not exactly happy that Montgomery has crashed their turkey dinner. We've gotten Montgomery back on TV. Someday, perhaps he'll get his own online clip?

Oh, how those country music stations love their own brand of comedy, and SNL pokes fun at it, sort of, with Dale Britches (McGraw) from Winston-Salem, N.C., hawking his new CD, "Dale Britches' Down Home Phony Phone Calls." His unsuspecting "victims" included Wiig ("Dr. Pepper"), Wilson ("Wedding Dress"), Hammond ("Grandpa's Undergarments") and Hader ("Hank the Mailman"). This "hogwash hijinx" is all creamed corn.

T-Pain takes the lead on the second duo with Ludacris, and after they had all of those lyrical drinks earlier, "you've officially just been screwed." At least they did it in order, right?

Last sketch of the evening goes to….Moynihan's Mark Payne character. Every day, I get a new wave of hits on the site from fans looking for the first Mark Payne sketch in which he was a waiter smelling all of this pepper. This time, he's moved behind the bar to become the restaurant's worst bartender. Customers (Armisen, McGraw) and co-workers (Elliott, Thompson) are annoyed. It creaks and crawls for the first minute or two, until Moynihan starts throwing bottles around like he's Tom Cruise in Cocktail. Only he's not Cruise. "Tom Cruise makes it look easy," he says. "Spoiler alert! I think it's because he's low to the ground." The bar feels sticky! How sticky? It's like "a million Post-It notes with no helpful reminders."

That's our show! But not quite. Because NBC decided to let us see on the Internet a sketch that didn't make it to late-night TV, with Samberg playing incoming White House Chief of Staff Rahm Emanuel. Do you hear a little of Mark Wahlberg coming through? I do. Watch it: 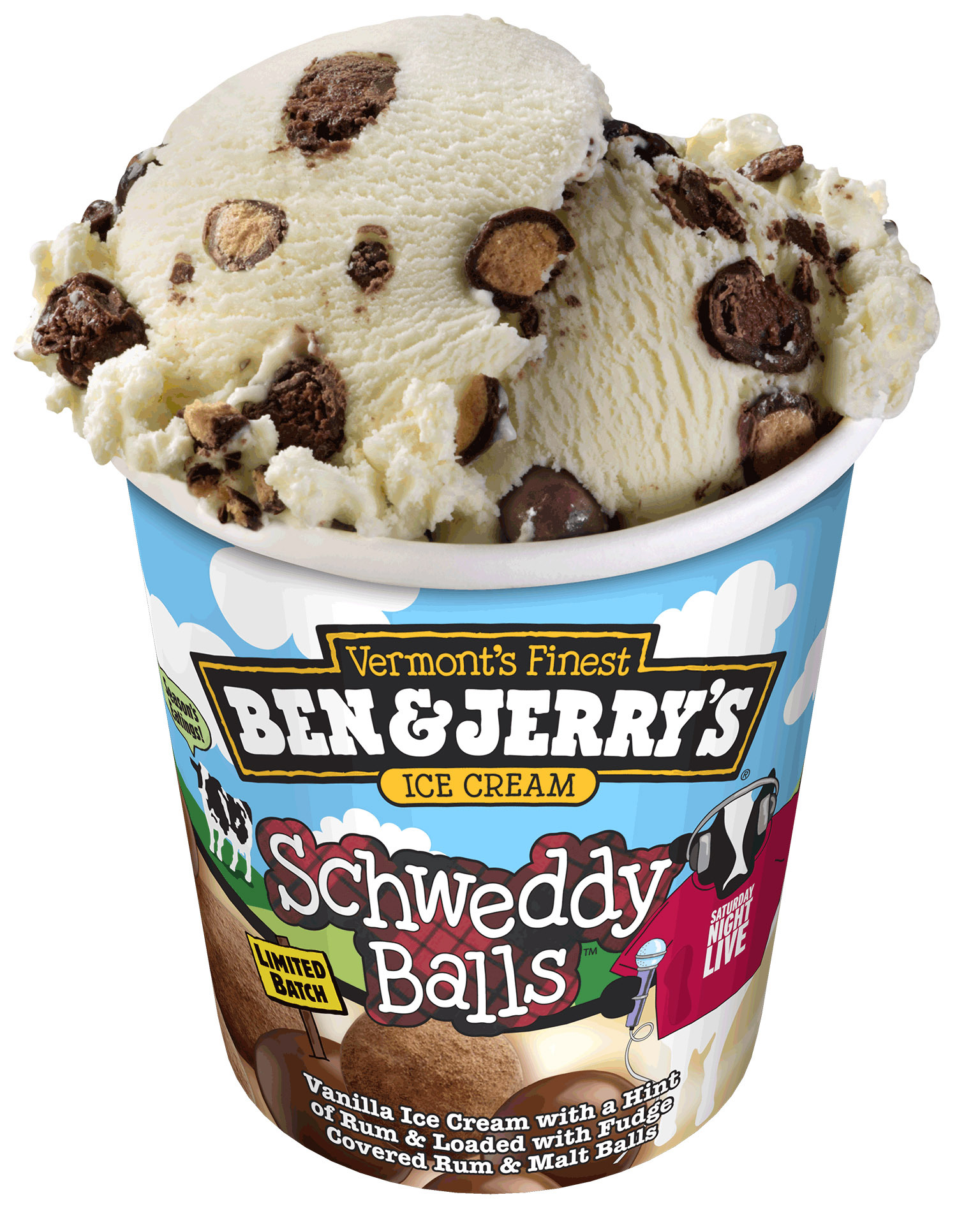 Now you can taste SNL’s Schweddy Balls, thanks to Ben & Jerry’s

SNL #35.10 with James Franco, Muse and a dancing Mike Tyson