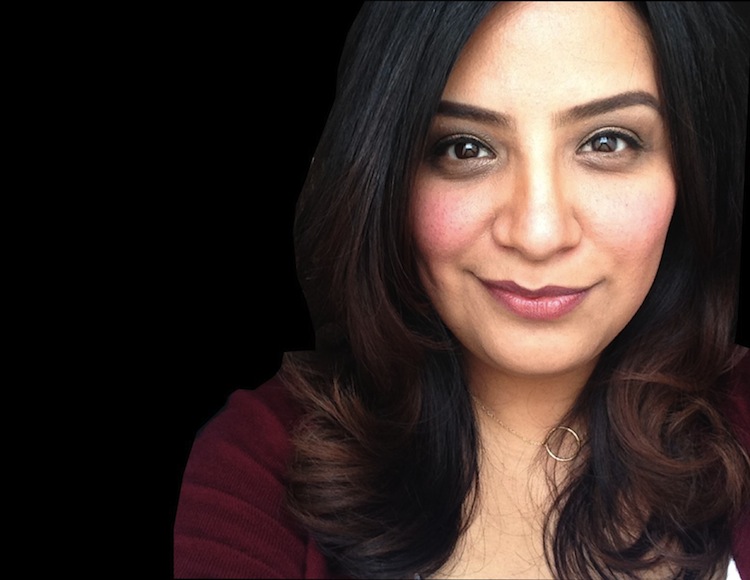 Comedians on the way up in their careers often ply their trade by playing two circuits — there’s the comedy clubs for sure, and then there’s also the college campuses, where you can earn much more stage time and cash to keep working your way up the show-business ladder.

NACA — the National Association for Campus Activities — helps bring performers and college student activities coordinators together each year through regional and national conventions. This is how the bread gets buttered. NACA says more than 400 colleges and universities send delegations to NACA Nationals to scout for talent. NACA Nationals in 2014 will be held next weekend — Feb. 15-19, 2014 — in Boston. I covered NACA Nationals in Boston eight years ago as a reporter for the Boston Herald, and met Chris Hardwick and Mike Phirman (aka Hard ‘N Phirm) at their booth there, as they competed for the attention of college delegations, just a couple of booths away from “talent” from MTV’s The Real World. Ah, memories.

If you really want to see how memorable NACA can be, don’t take it from me. Here is Cristela Alonzo’s story, inspired by a #TBT Tweet yesterday by NACA @THENACA. After her 2012 NACA experience, she made her TV debut on Conan; last year, Alonzo starred in her own The Half Hour of stand-up for Comedy Central and performed on Ferguson, and capped off 2013 by selling a script for a sitcom based on her life to ABC. Alonzo published this essay on her site, and it’s republished here with her permission.

#TBT The Life-Changing NACA Nationals of 2012

It was the winter of 2011 and I was absolutely broke. I had nothing. My boyfriend and I wanted to go home to Texas to spend the holidays with our families but we couldn’t afford to fly there so we decided to pack up the car and do the drive from LA to Dallas. I had recently found out that I had snagged a spot at NACA Nationals in Charlotte, NC as an emcee. I was happy to get the spot; I love the emcee spot because it means that you do more time than the other performers on the showcase. Most performers get 15. An emcee does about 25-30.

Somewhere along New Mexico, I had told my boyfriend that I had decided not to do NACA Nationals because we simply couldn’t afford the trip.  I mean, here I was, driving cross-country with my boyfriend to visit family and on this trip, we were scrounging up whatever money we could get to make sure we had enough to get to/from Texas. How on earth could I get myself to Charlotte? Literally within the next hour after telling my boyfriend my decision, I got a call from my college agent. He wanted to talk about NACA and I told him I had decided not to go. He said he thought NACA could be really good for me because he thought I’d book schools. He convinced me to do it.

Convincing me was the easy part. Getting there was the riddle. I started researching and discovered that I had enough miles on US Airways to get myself a round-trip ticket to Charlotte that weekend. I found that I had stayed at enough La Quintas to get me a room for a day, which was all I needed but I had to stay at the one closest to the airport. I found a rental car for $20. I decided to book it and let it all ride on this NACA convention.

My boyfriend and I had figured that if I could book about twelve colleges, we could survive in LA for another year so twelve became the magical number I was shooting for.

February came around and it was time for me to go to Charlotte to showcase. Now let me say, this was not my first NACA. I had made the rounds at the NACAs at this point; I knew what to expect but I was still pretty nervous because I really felt I had a lot riding on this convention. I remember pacing back and forth before my showcase started, hoping I would do well. I wrote my set lists down on index cards because as an emcee, you cut your set up in little chunks. Sometimes you have to do a little bit longer between acts, sometimes a little bit shorter. It just depends.

Then it was time for the showcase to begin…

I remember walking out on the stage and welcoming everyone to the showcase. I did my first five minutes and right off the bat…it was electric. The crowd was so good. SO GOOD. This is the crowd I needed to get me at ease and make me forget my nerves. And I did. I found myself having fun and making sure that everyone in the crowd was having fun too. The entire showcase was so great. The performers were killer, the crowd was amazing. It was like the stars had aligned perfectly for that moment.  And now it was time to go to the marketplace.

For those of you unfamiliar with the process, let me explain a bit. When you showcase at NACA, your agency has a booth at ‘the marketplace’ where schools get one hour to go and look for you on the convention floor to book you to perform at their schools. If they want you, they ask for a booking form. These are the forms you want schools to want from you.  The marketplace happens immediately after your showcase happens.

So after the showcase, my agent and I go to the marketplace and wait. It’s kind of a race at this point. People speak over the PA system and countdown, “The marketplace will begin in five minutes.” My agent had filled out some booking forms ahead of time in case there was a chance that a lot of schools wanted to book me. Then it was time and the craziness that is the marketplace started.

I immediately had a good number of schools that marched up to our booth to ask for forms and that made me very happy because I thought there was a good chance that I was going to hit my twelve schools that I wanted to book. Then I noticed a long line had started forming with all these students and their advisors and I had no idea who they were lining up for. I remember being so annoyed because I thought, “Who are they lining up for? Is there a celebrity here?” I felt like this line would distract them from getting schools to come over to see me.

Then I realized. That long line? The long line with people lining up? That line was for me. These people were getting in line. TO. MEET. ME. I was floored. I couldn’t believe it. My agent and I were amazed. He was handing out forms to everyone, I was taking pictures with everyone. We were swamped. We were so busy. I couldn’t even process what was happening.  We didn’t even get close to putting a dent on the long line in the hour we had for that marketplace so my agent said that I was going to have to come back to the remainder marketplaces for the day because he thought we’d keep getting forms. So I did. I came back for the rest of the day and at the next two marketplaces we had left, we had long lines for each one. I couldn’t believe that people were coming back to get in line to meet me. It was so crazy that at the end of the night, my agent said that he thought I should change my flight and stay an extra day so that I could meet more people. He thought we could still be busy the next day if I stayed and I told him I couldn’t afford to. Changing my flight and adding a hotel room would cost money that I didn’t have. I called my boyfriend to tell him what was happening and we decided that again, we would let it all ride on this and see where it would take us. I changed my travel and decided to stay the extra day. I tweeted to NACA and announced I was staying an extra day in case anyone wanted to go visit me at the booth.

I remember walking into the convention center the next morning. The moment I walked in, I had a couple students recognize me from the showcase and I took a picture with them. I thought nothing of it. I kept walking, making my way to the marketplace and I found myself getting approached by students, asking to take pictures with me. I had a couple college agents coming up to me to congratulate me. I had no idea what was going on. I remember standing by the escalators and texting my agent to let him know I was there.  He needed to come and get me to give me my new badge for the day. As I stood there, I remember students going down the escalator, looking at me and saying, “OMG! There she is! She’s still here!” My agent came and gave me my new badge and that’s when he told me what had happened. Block booking had just happened and I had gotten a ton of forms. By a ton, I thought he meant twenty, thirty…then he told me the number and it was well over three times that and I remember just standing there, speechless. I couldn’t talk. I really couldn’t. I couldn’t process what he had just said. I remember him laughing and saying that I should be proud of meeting my goal of twelve schools. I also remember him saying that this was going to change my life. I remember him saying I wouldn’t be broke anymore.

Extending my travel for a day paid off. The entire day was spent meeting students, taking pictures and booking more schools. I loved every minute of it and I’ll never forget it. I would like to thank the students, advisors…EVERY school that helped make the 2012 NACA Nationals one of the most special times I’ve ever had. That was the last NACA convention I’ve done. Who knows, maybe I’ll see you guys in 2015?

Best of luck to everyone showcasing at the national convention in Boston next week. The only advice I have is to be kind, be yourself and be grateful that you have this opportunity.

If it’s sunny, All Points West this weekend 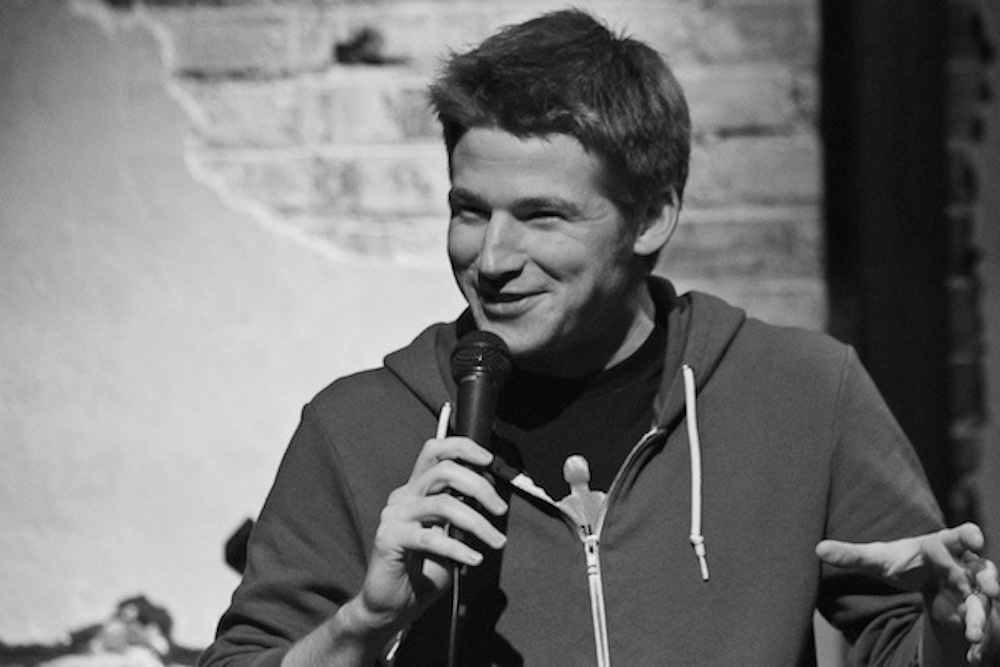 Do you have your tickets to the Bentzen Ball? Tig Notaro curates a D.C. comedy fest in October