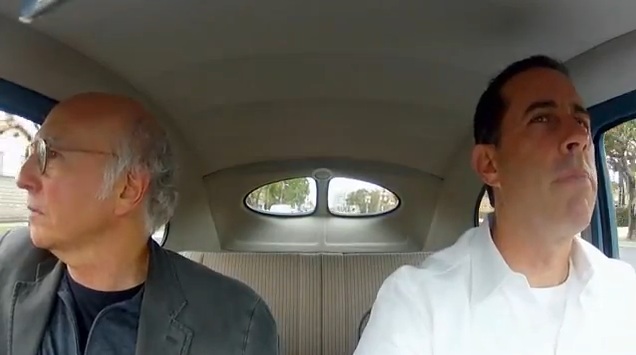 Jerry Seinfeld made a gabillion dollars by making a hugely successful TV sitcom called Seinfeld. When he returned to network television more than a decade later, Seinfeld and his comedy buddies were mocking married couples in The Marriage Ref.

Now he’s launching a webseries with Crackle (with Crackle!?!) in which he’s removed the married couples, kept the comedy buddies and the “nothing” but also added at least two things: Seinfeld’s massive car collection, and a need for coffee.

Are you ready for “Comedians in Cars Getting Coffee”?

Here is the teaser trailer for the webseries, which lets you know that, among the comedians in the passenger seat — doesn’t Jerry let anyone take any of his cars for a spin at least once? — are Larry David, Colin Quinn, Brian Regan, Michael Richards, Super Dave Osborne (read: Bob Einstein), Alec Baldwin and Ricky Gervais. Roll the clip!

As for why Crackle, it’s simple, really. Crackle is the webseries arm of Sony Pictures Television, which controls the sales and distribution of Seinfeld. It all makes sense now, doesn’t it?

Except for the camera angles. Why the up-the-nose shots? Are they going for a carnival mirror look in some of the episodes? Stay tuned to find out! 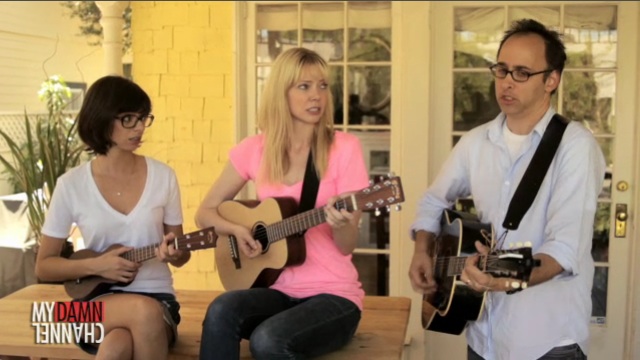 Who did it better at Comic-Con 2011: Jordan Rubin, Jim Norton or Conan?