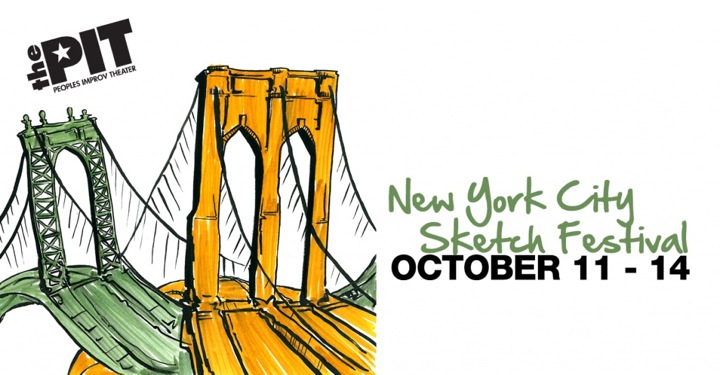 Is New York City big enough for two sketch comedy festivals? The question is moot. At least in 2012.

As SketchFest NYC announced earlier this year that it would skip a 2012 edition but return in 2013, The People’s Improv Theatre is filling that void, announcing this week that it’s launching its own fest — the New York City Sketch Festival, running Oct. 11-14, 2012, at The PIT.

Over the past fifteen years the comedy community in New York City has grown from humble beginnings to one of the premiere cities for improvisation and sketch comedy.  With three long-form improv theaters boasting some of the best improvisers and sketch performers in the country, our local comedy community offers a uniquely diverse and exciting comedy scene featuring a wide variety of comedic styles and philosophies.  To showcase this, the New York City Sketch Festival was created. It will be a festival that not only celebrates this diversity of talent but also fosters a link between writers and performers in New York City with artists from all over the world, as well as members of the entertainment industry at large.

We invite all writers, actors and sketch groups in NYC and the world to take part in the vibrancy and excitement that only New York City can offer in a comfortable and nurturing atmosphere at The Peoples Improv Theater.

Christopher Guest and Eugene Levy, For Your Consideration