First impressions of New Faces 2018 at Just For Laughs Montreal 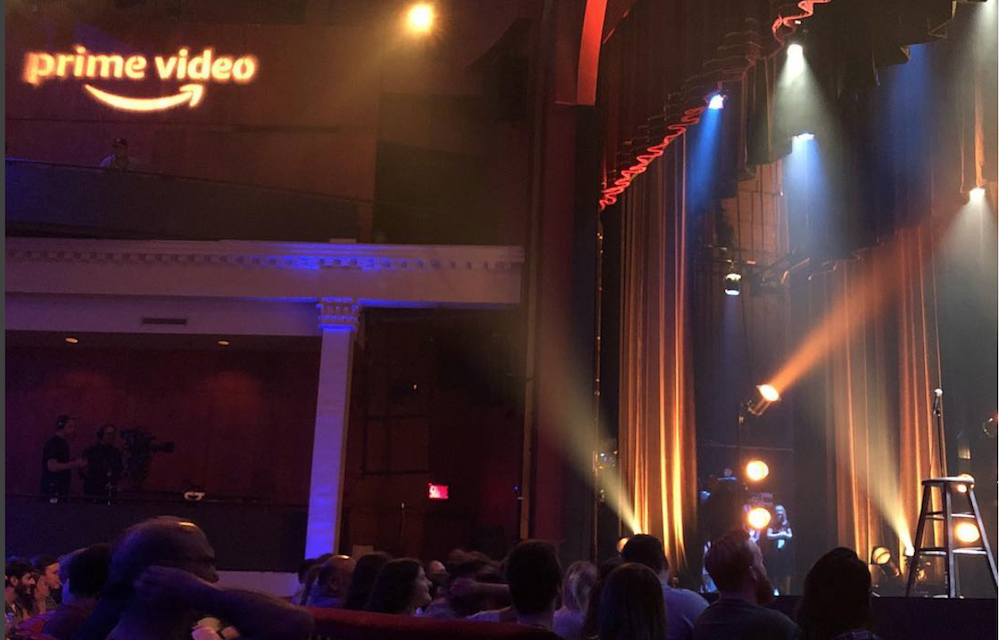 In recent years, I’ve gone out of my way to try to say something about each and every New Face performer — good, bad or indifferent. I know that friends, fans and family back home wants to know how so-and-so made the most of his or her big break. And yet. In those same recent years, social media has created an atmosphere where everyone “crushed” and “killed” every opportunity, regardless of the objective truth described by lack of applause or punchlines. In this atmosphere, criticism represents, for better or for worse, “fake news.” Besides, Amazon isn’t focusing on every New Face, it turns out. Only a few of them will dominate the docu-series narrative.

Please bear that in mind while I talk about some New Faces specifically and others more generally from their coming-out debuts at Montreal’s Just For Laughs.

Kenny DeForest proved a wise choice to open the festivities, as the co-host of Comedy at the Knitting Factory in Williamsburg joked about his white guilt and how men and their bodies have always been creepy, even before #MeToo.

Mekki Leeper came next, surprising the audience by announcing his Moroccan heritage, then surprising us even more with the tale of how his ex-girlfriend at Temple University left him for a basketball player. No wonder Leeper dropped out of college. Is he really still that young, though, to already have written for Lovett or Leave It and the 2017 White House Correspondents Dinner? These kids these days grow up so fast!

Several comedians in a row all made pornography and/or their watching of it a central part of their short showcase sets. I suppose TV-clean no longer means anything when audiences no longer watch FCC-controlled TV.

Nina Tarr sounded and dressed like she could have time-traveled from the set of I’m Dying Up Here, where she has apparently been portraying Ari Graynor’s Cassie character on the Showtime series. With the added benefit of cartoonish facial expressions for her impersonations of grotesque women.

Amazon’s cameras have been following Robert Dean, who joked about how getting high only made him a better furniture salesman, and bemoaned his previous living situation in a windowless basement. “That man needs a career!” host Alonzo Bodden said afterward. Trust us, Dean is on his way. Dean had auditioned several years for New Faces before getting it. His performance is a case study in why it can be worth the wait.

Usama Siddiquee and Erica Rhodes earned the first true applause breaks; Siddiquee for an act-out on EDM and the dumb things DJs will say before dropping them beats; Rhodes, on multiple occasions for her wordplay and grammar lessons. Rhodes has a wonderful comedy weapon with her voice, too, so it makes sense to discover in her bio that she had a longstanding radio gig with A Prairie Home Companion.

And yet, Rhodes jokes that her voice isn’t getting her gigs?!

Group 1 closed with Simon Gibson, the kind of high-energy high-wire act that naturally would headline a showcase, because who would you force into following that kind of act? A Portland native now in Los Angeles, Gibson grabs your attention, and forces you into wondering if he really is a former meth addict as he jokes, as well as whether he’s this on offstage as well. Looking at his own YouTube clips, Gibson certainly turned it up several notches for the big stage at New Faces. As he delivered his own review in closing: “I need you to know right now. This? Best I’ve ever done.”

Group 2 opened with Jourdain Fisher, who may have delivered the most TV-ready performance of the evening. Not TV-ready as in late-night set, but as in sitcom development deal. Fisher, who grew up in Greensboro, N.C., has a strong POV and stronger jokes. He grew up in a family that runs a funeral home, but left for NYC to pursue his comedy dreams. Fisher made the finals last year in StandUpNBC’s diversity search. I’m surprised they didn’t already sign him when they had the chance.

This woman is the next Sam Jay, only not. This young man sounds like he could be the next Jermaine Fowler, except we already have one of him, and Jermaine’s already great. A clever prankster gets plenty of laughs for his premises, sure, but I look at him and realize only a white guy would even think of getting away with this stuff. Could you imagine a black guy trying to pull off any of these stunts in real life, or onstage, even?

There’s something delightfully old-school about Jeremiah Watkins and his impersonations of Kings of Leon, Michael Caine and Justin Timberlake. Here’s even more impersonations from Watkins:

Watkins has performed in Montreal several times in the past as part of Roast Battle’s “The Wave” or as the sidekick in “Kill Tony” or the saxophonist in The Goddamn Comedy Jam. But he’s just as compelling on his own. Suddenly I could see Watkins on Saturday Night Live. Couldn’t you?

I’ve known and appreciated Rosebud Baker, similarly, for years as part of the New York comedy scene. Getting to see her, so assured and in control of the audience in Montreal’s Monument National theater, though, was like watching someone graduate to the big leagues in real time. Because she just did.

Emmy Blotnick already has big-league TV credits, writing for multiple Comedy Central series before landing her current gig with The Late Show with Stephen Colbert. But you’re just going to have to see Blotnick for yourself to enjoy the wonderful turn in her stand-up set from comic-book movies to The Rock. 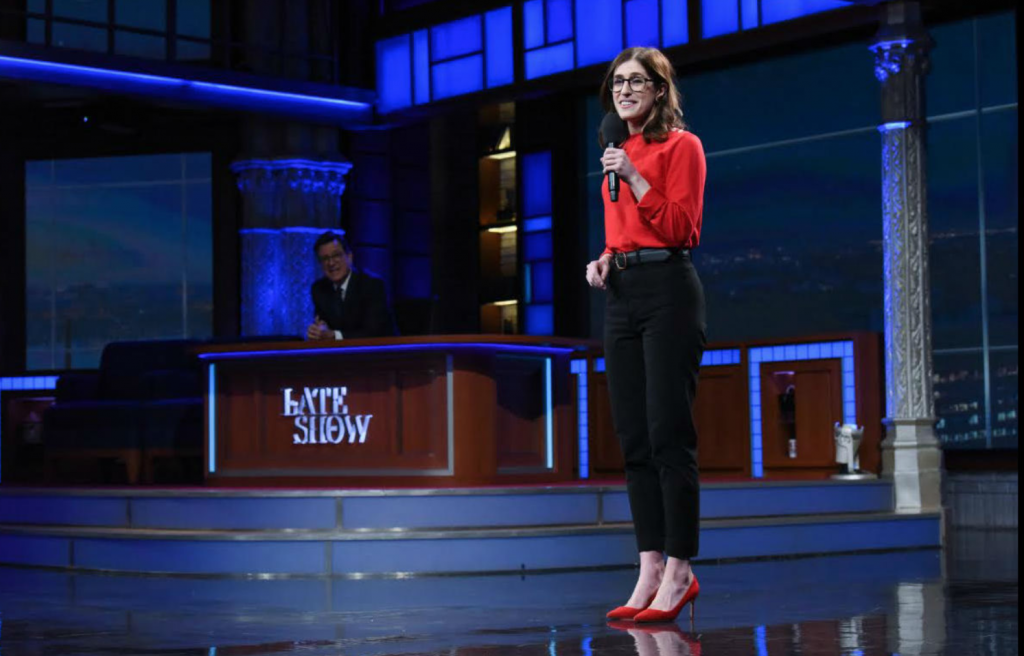 Side note: Alonzo Bodden is a JFL mainstay, since his debut as a New Face some 21 years ago to hosting New Faces several times in recent years. So it’s great to see the fest reward him with his own screen time as part of the Amazon series. And yet, despite of or perhaps because of his opening remarks agreeing with #MeToo, it just makes it that much more awkward hearing him openly hit on just about every woman on the New Faces bill after her set, doesn’t it?

If you missed New Faces (Group 1 and Group 2) last night, then you have another chance to see them in Montreal on Friday at Katacombes before everyone else sees them on TV. 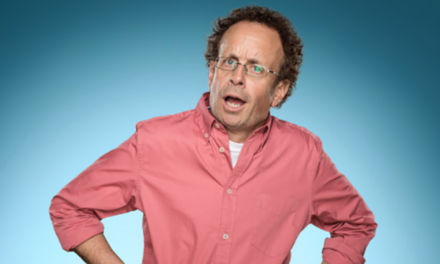 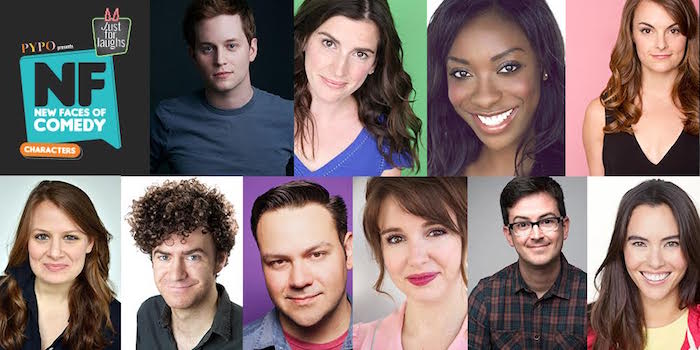