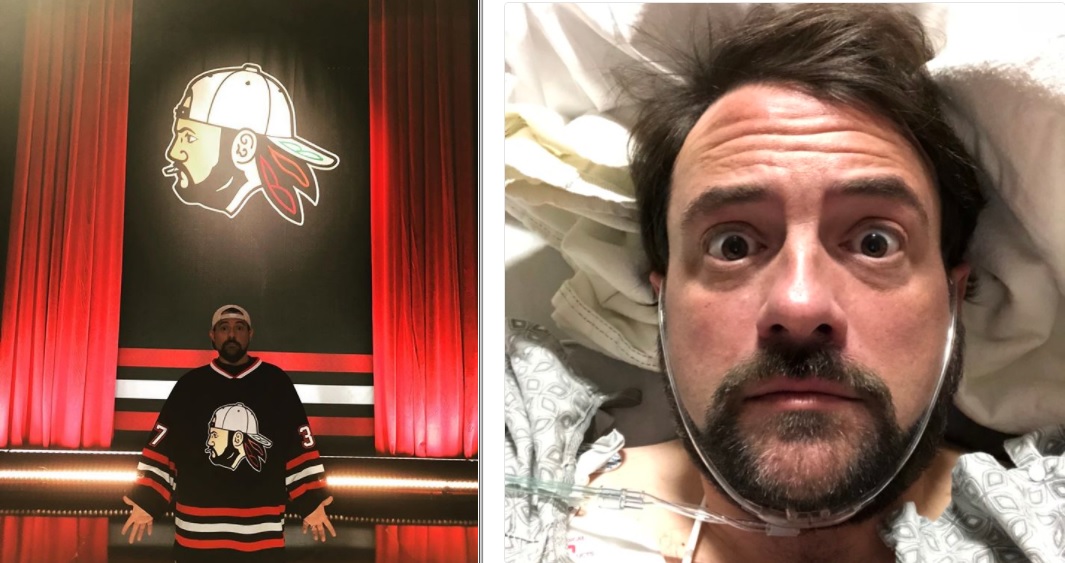 Kevin Smith, writer/director of Clerks and so much more, had just finished recording the first of two shows of his comedy storytelling for a new special when he almost died Sunday night.

I’ll let Smith tell you what happened in his own words:

I was trying to do a killer standup special this evening but I might’ve gone too far. After the first show, I felt kinda nauseous. I threw up a little but it didn’t seem to help. Then I started sweating buckets and my chest felt heavy. Turns out I had a massive heart attack. The Doctor who saved my life at the #glendalehospital told me I had 100% blockage of my LAD artery (also known as “the Widow-Maker” because when it goes, you’re a goner). If I hadn’t canceled the second show to go to the hospital, the Doc said I would’ve died tonight. For now, I’m still above ground! But this is what I learned about myself during this crisis: death was always the thing I was most terrified of in life. When the time came, I never imagined I’d ever be able to die with dignity – I assumed I’d die screaming, like my Dad (who lost his life to a massive heart attack). But even as they cut into my groin to slip a stent into the lethal Widow-Maker, I was filled with a sense of calm. I’ve had a great life: loved by parents who raised me to become the individual I am. I’ve had a weird, wonderful career in all sorts of media, amazing friends, the best wife in the world and an incredible daughter who made me a Dad. But as I stared into the infinite, I realized I was relatively content. Yes, I’d miss life as it moved on without me – and I was bummed we weren’t gonna get to make #jayandsilentbobreboot before I shuffled loose the mortal coil. But generally speaking, I was okay with the end, if this was gonna be it. I’ve gotten to do so many cool things and I’ve had so many adventures – how could I be shitty about finally paying the tab. But the good folks at the Glendale hospital had other plans and the expertise to mend me. Total strangers saved my life tonight (as well as my friends @jordanmonsanto & @iamemilydawn, who called the ambulance). This is all a part of my mythology now and I’m sure I’ll be facing some lifestyle changes (maybe it’s time to go Vegan). But the point of this post is to tell you that I faced my greatest fear tonight… and it wasn’t as bad as I’ve always imagined it’d be. I don’t want my life to end but if it ends, I can’t complain. It was such a gift.

Smith’s director, Brian Volk-Weiss, told The Comic’s Comic that “it was really scary” and surreal. 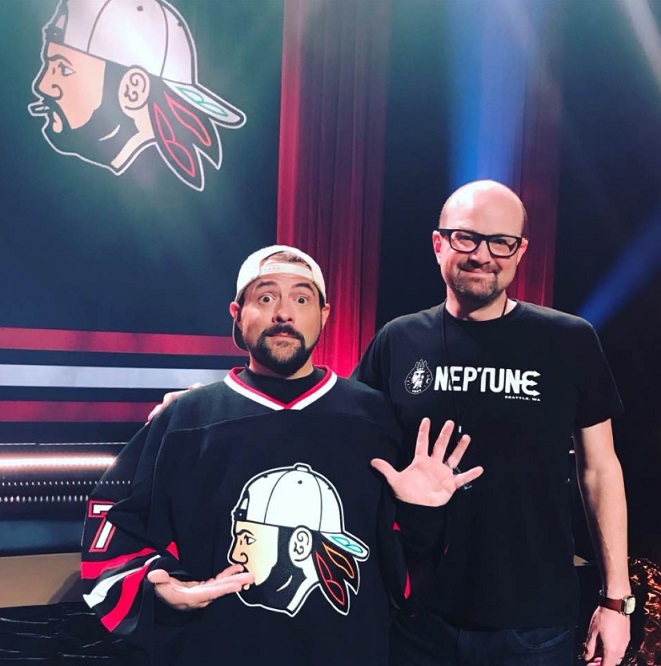 “The first show went amazing, and of course we are all extremely relieved and grateful that he’s ok,” Volk-Weiss told me. “I’ve never worked with an artist who’s more professional or just plain awesome.  What you see is what you get. And I hope his family is holding together as best as possible.” 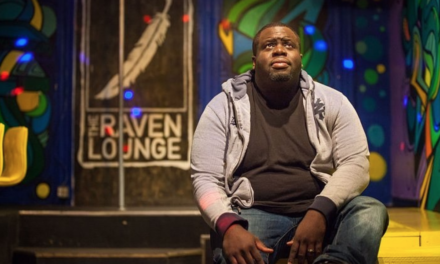 Amazon renews The Tick, but cancels One Mississippi, I Love Dick and Jean-Claude Van Johnson

Who Won Tournament of Laughs on TBS? 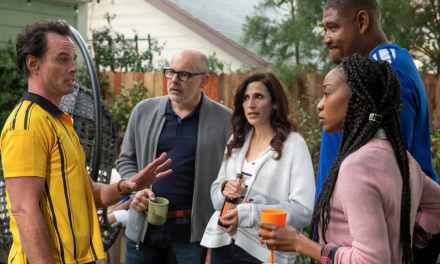