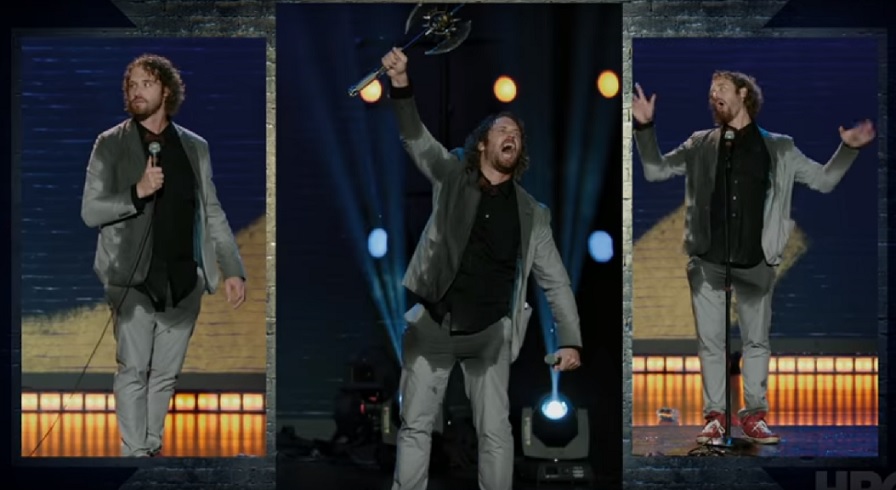 T.J. Miller‘s first HBO stand-up comedy special is very aptly-titled: Meticulously Ridiculous. It premiered Saturday night, just ahead of his penultimate episode as Erlich on HBO’s critically-acclaimed comedy, Silicon Valley. Yes, we won’t have Erlich to laugh at much longer. But the Home Box Office knew well enough to give Miller a proper showcase and send-off with this solo hour. Even if he still insists on using “the star of Yogi Bear 3D” as his introduction.

As I wrote in my review on Decider:

He invites a first impression of him as a modern-day clown, and his history has proven him to be a merry prankster. Miller once managed to make a funny face for his driver’s license, having to go to great lengths to make it seem natural enough to fool the DMV.

If you pay careful attention, you’ll find extra layers of jokes in this HBO hour, too.

Captions may pop up onscreen ever so briefly, explaining and enhancing what seemed like off-handed or ad-libbed remarks onstage. A couple of moments get punctuated and repeated as if you’re already watching a video remix. And because he’s in Denver to record the special before a hometown audience, of course, he’ll have something to say about marijuana, but so, too, will his audience.

Read the full review on Decider.

Review: Yvonne Orji, “Momma, I Made It!” on HBO 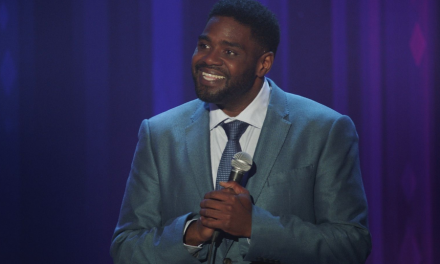 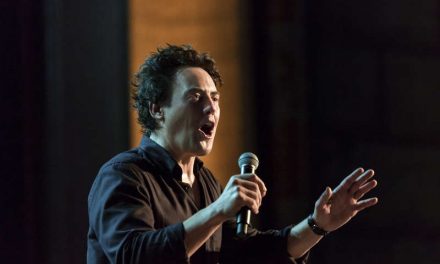