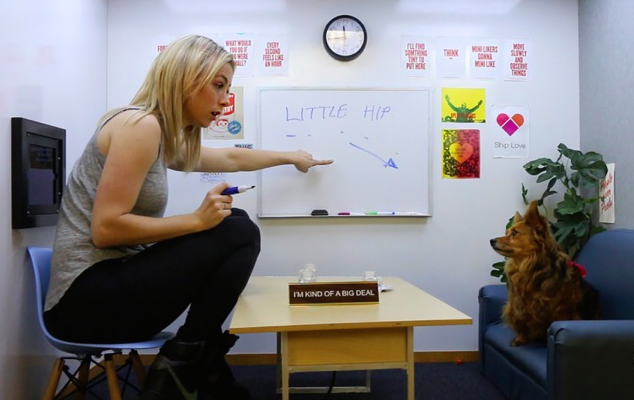 Iliza Shlesinger has made no secret of her desire to join the ranks of late-night talk show hosts.

Come May, she’ll have her chance, starting with a six-week trial run of Truth & Iliza on Freeform.

“I’m so grateful to Freeform for inviting me to create a show that occupies a space between social commentary, politics, pop culture and my specific brand of comedy and feminism” Shlesinger said. “This show will inform, entertain, and it’s a great excuse to get a spray tan.”

Added Freeform executive vice president of programming and development Karey Burke: “At Freeform, we are committed to introducing culturally important narratives and voices to our viewers. Iliza is one of those voices and we can’t wait to bring her fearless, yet brilliantly funny social commentary and wit to our audience.”

Shlesinger already had a development deal relationship with the ABC family (and Freeform used to be called ABC Family), with her digital series Forever 31. You can hear her tell me about her plans and ambitions in this regard on Episode #35 of my podcast, The Comic’s Comic Presents Last Things First.

And, of course, her podcast already is called Truth & Iliza.

Her six-week trial on Freeform begins Tuesday, May 2, 2017 (10:02 – 10:32 p.m. EDT), “and will serve as a platform for Iliza’s societal observations and sketches fueled by her opinions as well as in-studio celebrity guest and expert interviews.” More from the release: “The show will be centered around a themed question which Iliza will seek to answer using audience interaction, field pieces, commentary and, of course, jokes. Iliza will draw from her decade of stand-up experience to focus on the sociopolitical issues of the day, providing a forum for viewers to discuss everything from the necessary to the inane to the taboo.”

I TOLD YOU THE DAY WOULD COME! MY PARTY GOBLINS!

Jordan Klepper reported on the scene during the Capitol Hill Insurrection