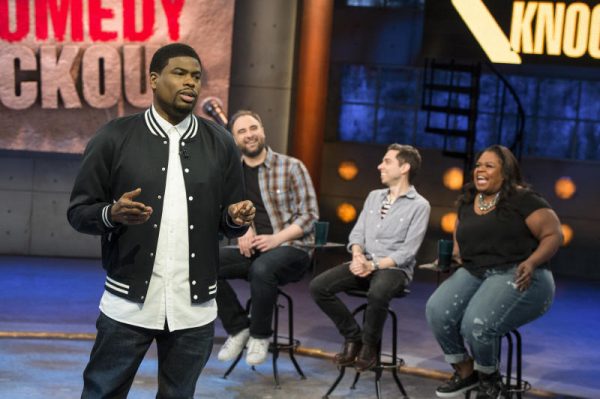 Who’s going to be the first Comedy KO Champ tonight?

Hosted by Damien Lemon and created by Mo Mandel, Comedy Knockout debuts on truTV, pitting three comedians against one another, with audience approval swaying Lemon into picking the winners. “You cheer, and I will dole out points accordingly,” he tells them.

Instead of points per joke (hi @midnight!) or even game, Lemon waits until full segments and commercial breaks to poll the audience and then rank the three comedians. Games in the premiere episode include:

After one comedian with the lowest points is eliminated, he or she joins the audience to watch the final two comedians play more games.

At the end, Lemon hands the winner a trophy for an acceptance speech, while the runner-up is forced to deliver a public apology to the audience.

Mandel, the stand-up comedian who created Comedy Knockout and executive produces it with Embassy Row and 3 Arts, took a few minutes to explain the show to The Comic’s Comic.

So how’d you decide on this concept? Pitch-wise, it feels somewhere in between @midnight and Roast Battle, with a hint of Whose Line. But that’s not how you sold it, right? You already had a relationship with truTV thanks to Barmageddon, so it makes sense they asked you what else you had up your sleeves. What about this format really appealed to you?

“So the concept for the show came to me after having done Chelsea Lately over 40 times.  I always felt like the comics on the panel where basically just trying to prove that they were the funniest comic out there, and that it was this very desire that caused them to bring their best to the show.  Comedians are insecure competitive people, they are driven to prove themselves at all times.  I wanted to make a panel show where we really focused in on this reality of the comedic psyche, and exploited it to make sure that we got the best that every comic could bring.  And to raise the stakes, I wanted the losing comedian to have to face some kind of consequence, that way no one would be able to come on and just phone in their performance.  On our show the comics better be funny, because if they’re not, then they have to pay a pretty damn humiliating price; they have to apologize to the crowd for not bringing it, by turning to camera and reading a tongue and cheek, ‘I suck at comedy apology’ that’s been prewritten specifically for them, though they’ve never seen it before.  As they read and apologize, we throw up shameful photos of them that we’ve secretly taken off of their Instagram and Twitter accounts, to really hammer the embarrassment home.  These moment are hilarious and while somewhat humiliating, they are done in a way that makes the comics look good and get laughs, even while eviscerating themselves.  And the comics get extra screen time, so they always seem to feel like it’s a fair trade.

“Also, one thing I’ve always hated about any kind of stand-up competition is that it’s always just some arbitrary judges who decide who the best is.  That’s not how comedy works in real life.  In any real-life performance the sole decider is the audience.  If they laugh at you, you are good.  If they don’t, you are not.  And that’s exactly how our show works.  Damien runs the show and pulls the reins, but he doesn’t pick the winners or the losers.  That right, that honor, as it should be, is given only to the audience that the comedians are performing before that very night.  Just like in real life.

“I took my experiences and my ideas to 3ARTS and Embassy Row and together we worked out and developed a format that I really think allows comedians to shine in whatever way they truly shine the most. Because, despite the gameplay, the goal is solely to make the audience laugh, so people can approach this challenge in their own unique way.  Some comics are best at shit talking, so they go out there and focus on ripping their opponents apart, others really try to be the funniest while going through the games, and others get their laughs off of being physical, so they wind up running around the stage, going crazy, and winning over the crowd by basically acting goofy and insane.  It’s a free for all, and because the stakes are so high, whatever people do, they do it at the top of their game.

“So, basically, we’ve taken the dynamic of comedians trying to one up each other backstage and put it on meth and steroids.” 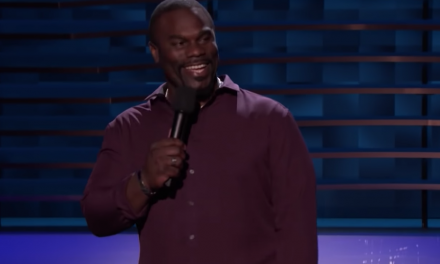 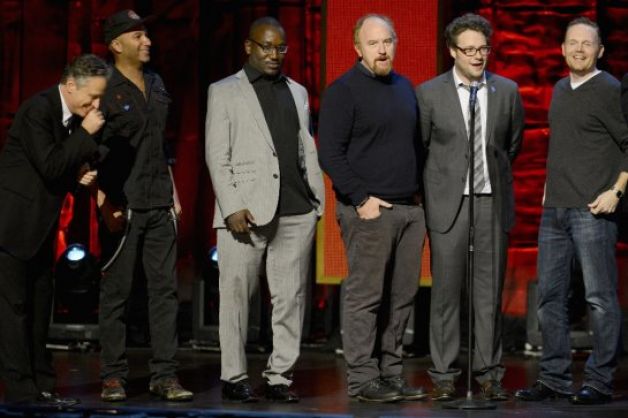 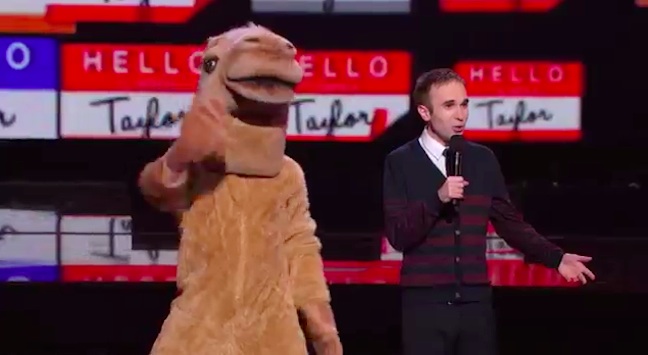