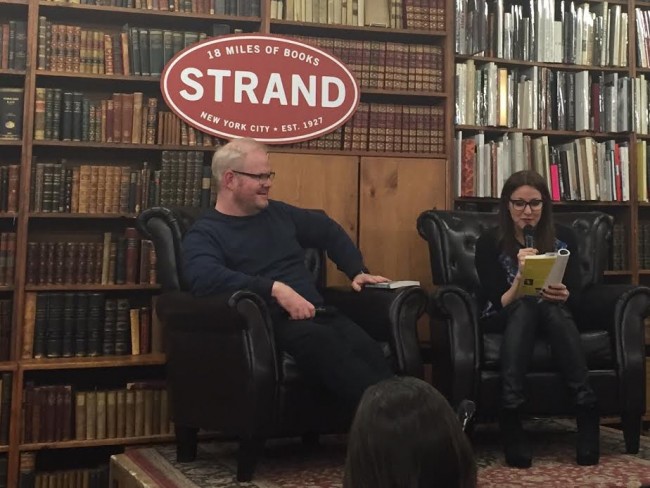 Bonnie McFarlane celebrated the release of her first book, You’re Better Than Me: A Memoir

, on Tuesday night at the Strand Book Store in New York City, in conversation with Jim Gaffigan.

And if you can ever get a comedian with two best-selling books and a successful TV series to help you launch your memoir, by all means, do that. That goes double if your book includes a foreword by star chef/author/TV host Anthony Bourdain — who not only suggested McFarlane write a book, but published it under his imprint at HarperCollins.

McFarlane’s new book covers her youth and early days and nights in comedy in Canada, becoming BFFs with Lynn Shawcroft, and culminating in her American breakthrough as a finalist on the second season of NBC’s Last Comic Standing — where she competed against her future husband, Rich Vos. They’ve been married since 2005 and have a daughter, as well as a fun podcast, My Wife Hates Me. But as McFarlane explained to Gaffigan and the audience at her book-reading and signing at the Strand, she didn’t include all of her previous relationships in this memoir.

“They took out one whole chapter,” McFarlane told Gaffigan. “It was a good chapter! It was the only famous person that I ever dated.”

Gaffigan: “Who was that? Garry Shandling?”

“Oh, Nathan Fillion. I saw him on Talking Dead.”

“But Nathan was so – and it was also, a very small party. It was somebody’s house. And his aunts and uncles were there. Somebody was throwing babies up in the air, and stuff. I was in the hall being yelled at by the birthday boy. And Nathan, I look over, and he had been on a soap opera, so all the moms that were there were surrounding him, and he was kissing cheeks. He was beloved, and they were all evil-eyeing me. This is all not in the book.”

“I’ve never seen it, but every time he comes on TV, I have to force myself not to tell Rich, ‘I slept with that man.’”

Buy Bonnie McFarlane’s “You’re Better Than Me: A Memoir”” 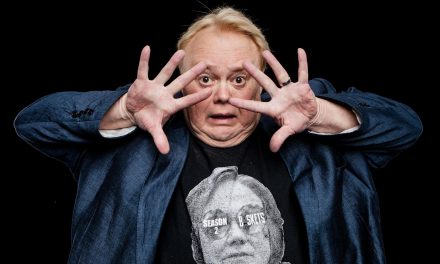 Roseanne Barr wrote another book, talking about it. Facts may vary.