Jim Gaffigan live at the Festival of Families in Philadelphia, warming up the audience for Pope Francis 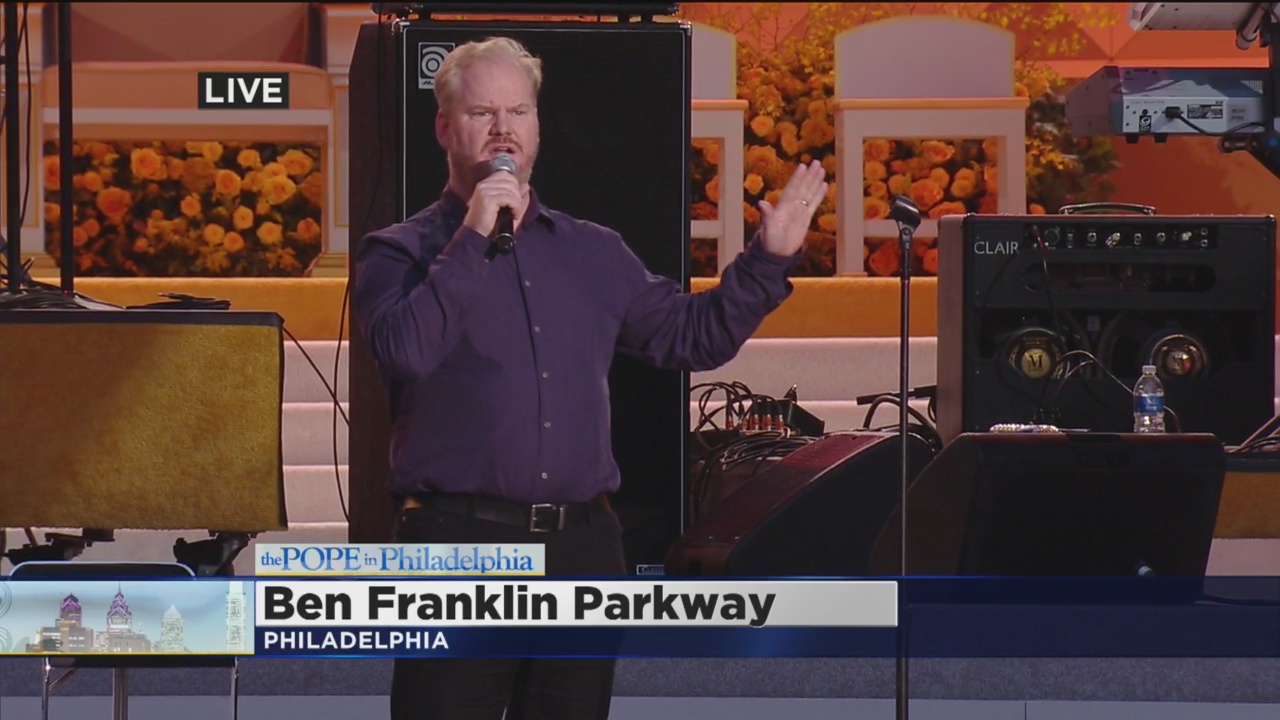 What’s more nerve wracking? Performing in front of the Pope? Or performing for a restless audience of tens of thousands of Catholics anxiously awaiting the Pope?

It’s a question only one comedian can answer, as Jim Gaffigan delivered about 16 minutes of stand-up comedy early Saturday evening in Philadelphia to an assembled throng outside at the Festival of Families. Pope Francis wasn’t there yet, so news crews from CNN globally to CBS locally cut in and out from Gaffigan’s performance on live TV, referring to him multiple times as “Catholic comedian” or “Christian comedian” Jim Gaffigan. Which he and his wife Jeannie Gaffigan already hilariously addressed in “The Bible Story” episode of the first season of their TV Land sitcom, The Jim Gaffigan Show. A second season will come in 2016.

But back to Gaffigan and the Catholics awaiting Pope Francis.

He jokingly said up top: “Technically this is Christmas, and I have cancelled church tomorrow.” He then asked the audience: “Do me a favor in the audience. I know when I’m done, you’re going to be tempted to leave….but stick around, we’ve got some amazing people coming up. There’s a guy coming up. Seventy-eight years old. Used to be the bouncer of a dance club. He’s going to talk for a little bit.”

Pope Francis rolled up about a half-hour later in his PopeMobile, then sat center stage for the main event, emceed by actor and former Funky Bunch leader Mark Wahlberg. And Wahlberg got in a few self-deprecating jabs about starring in movies such as Ted and still getting to stand in front of the Pope.

No matter how well he or you thought the gig went, the afterparty went off without a hitch. 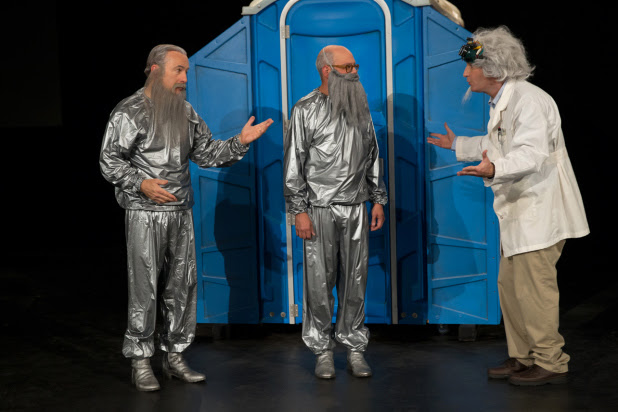