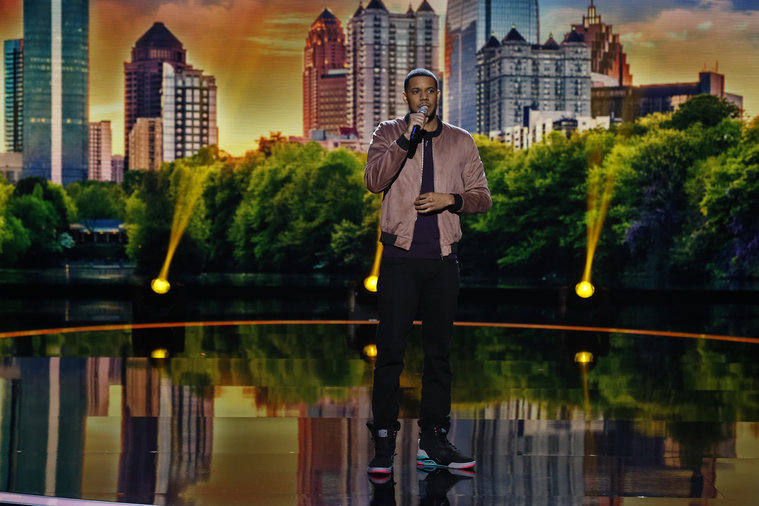 Congratulations to Atlanta’s Clayton English, who officially won the ninth season of Last Comic Standing, which aired its finale Wednesday night on NBC.

English takes home $250,000 and a development deal with NBC to pitch his own show. He also performed later Wednesday night on Late Night with Seth Meyers, appeared this morning on Today, and will headline the Last Comic Standing tour with other finalists across America that begins this weekend.

“I was happy to be in the five, period,” English said after winning. “But this just put me so much further than I could even imagine.”

But how did we get here?

Any complaints I have about this ninth season start with the fact that NBC only gave producers nine hours (eight episodes) to work with — last season included 13 episodes that lasted across 17 hours, showing so much more of the final 10 performing stand-up and competing in fun challenges that allowed us to get to know and love each of them individually.

How many minutes of material did we even see from Clayton English this season? Three in the finale, another two in the semis, another minute or two in the Invitationals, plus a few minutes of pre-packaged profiles and interviews. That’s so little time for a new audience member to get invested in the process. Heck, the comedians on America’s Got Talent receive as much or more stage time on live TV and they’re competing alongside musicians, dancers, magicians and freaks! Here’s hoping that season 10 (which NBC hasn’t announced officially yet, although host Anthony Jeselnik referred to it during the finale imploring would-be contestants to audition) includes a larger episode order for Last Comic to showcase more of the actual contestants.

But back to this season’s finale!

How are they presented to us at the top of the hour? “Chicago stand-up Michael Palascak. Veteran comic Dominque. Canada’s finest Ian Bagg. Distinctive newcomer Andy Erickson. Or the ATL’s Clayton English.” Ok, not Andy since they spelled her name wrong — continuing a grand tradition that spans decades of comedy clubs and institutions misspelling the names of their headliners. So funny not funny but actually kind of funny that it still happens. Just makes comedians stronger, working hard for respect! Ain’t that right, ghost of Rodney Dangerfield?

One of the other finalists definitely won. And considering how many comedians in Montreal told me to keep a close eye on Clayton English during New Faces in July, and the Last Comic finale taped in April, well, I should have seen this coming, even if you might not have.

Brief montage observations: Norm Macdonald wore a tux! Dominque says the only thing that’ll top this is her death, so obviously she has no other ambitions?
Ian Bagg compares it to the excitement then sickness of eating Animal-style fries at In-N-Out. Rod Man came back to remind them that winners do win, even if his development deal hadn’t come through at taping time a few months ago. Jeselnik gets to perform at the top of the show! Oh wait. Just the one joke. Then we see the others from the top 10 were forced to watch from the audience, which means they may have taped the semis and finals in consecutive days/nights!

Up first, Michael Palascak. Judges lavish praise on him and Roseanne says he could star in a sitcom already. Choice words. He says each of five finalists got set choice, a la old CC Presents. “I chose the wood paneling from Barrel of Laughs comedy club in Oak Lawn, Ill., where I did my first jokes, ever. And so I just went back to my roots.” Somehow even the finals he only got 2-minutes plus, not even what stand-ups get in semis of AGT. Norm likes his stand-up matching his look, though.

Next, Dominique. Don’t know what her set design means. Red and green. Christmas in September, filmed in April? She’s like last year’s older black lady finalist but less animated. My apologies to both Nikki Carr and Dominique for this comparison. But they’re not giving us much to work with here in terms of knowing who Dominique even is. She’s not a fan of big eyelashes, like woman at Wendy’s register. Overdressed in the face! What about women in their 40s being fancy, high heels? We only saw 2:30 of her stand-up. Hmmm. Norm says age means experience means yes! Roseanne says too much eyelash material, a little too heavy on that. Ironic, eh?

Ian Bagg‘s up next. He’s had an ok career, he says. Time to risk failure, he figures. “Most Comic’s give a speech. I prefer a conversation.” Outdoors backdrop with mountain and river, sign welcome to Terrace BC. His story aborted flight to perform for troops. And what a vibrator sounds like. Wow. First we get to hear Ian Bagg make noises for flappy vaginas, and now vibrators. It’s almost like he’s still not ready for primetime network television. Or maybe that’s just me. Which one of us is more cantankerous is up for you to decide. He does almost 3 minutes, with the final minute being crowd work. Roseanne thinks he could do better. Norm likes his silliness and daring.

Andy Erikson says backstage, “I watched the show as a kid.” Has it been that long? “I decided it was going to be a cat riding a unicorn, because I wanted it to represent me.” Hopes there’s a kid watching her on TV. Fighting with her alphabet soup. She also does 3 minutes, capped by a lengthy sheep joke. Keenen loves how she “breaks all the rules.” Roseanne “you’re funny in a way that no one else is funny.” Norm says you can’t break “all the rules.” Stay in unicorn world where no Kardashian jokes or whatever Bill Maher says.

Clayton English gets to go last. “As far as getting on TV in primetime, you don’t get too many shots.” I had to choose my city. I had to choose the Atlanta city skyline. Shouldn’t have to pray for basic safety. Jesus had an entourage, that’s thug life. Working with other cultures. Russians serious about vodka. Africans have strange accents and volume changes. Cougars only know old slang. He did just over 3, closed with Obama voice. Norm likes his boxer pacing. Roseanne says he has heart, too. Keenen predicted he’d change the energy in the room. Congrats! The audience has spoken.

Here’s the full episode for your viewing pleasure: 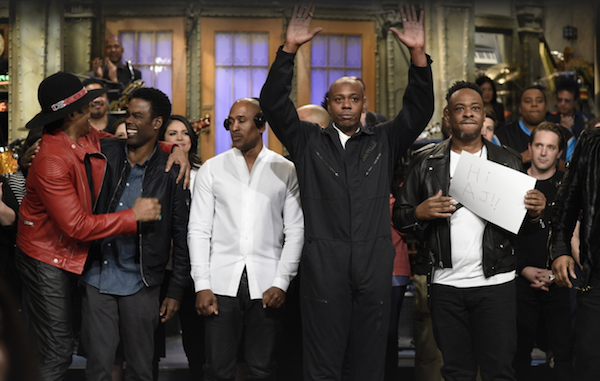 Dave Chappelle and Saturday Night Live hit the right notes, and the most inside notes, after Election 2016

Chuck Lorre’s vanity-card reply to Charlie Sheen: Been there, done that (RIP “Grace Under Fire”) 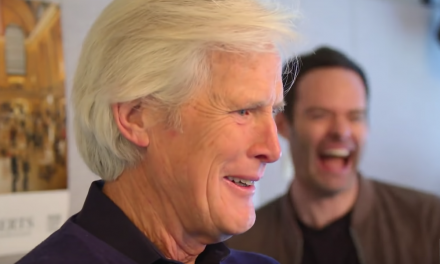