Stephen Colbert has said in multiple interviews this month that he brought pretty much his entire writing team from Comedy Central’s The Colbert Report with him a few blocks downtown to the Ed Sullivan Theatre and The Late Show with Stephen Colbert.

And CBS confirmed as much today. At least for his most senior producers and writers. Straight from the press release:

New to Colbert’s team is Emily Gertler (“Good Morning America”), who joins THE LATE SHOW as senior entertainment producer. Sheryl Zelikson will be the music producer, joining THE LATE SHOW after holding the same title for the “Late Show with David Letterman.” 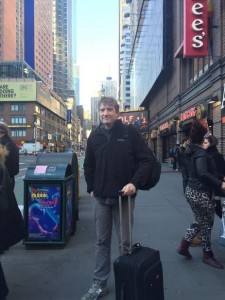 In addition, Colbert lured veteran Conan writer Brian Stack back to New York City and The Onion’s Jen Spyra from Chicago as writers, and hired Jon Batiste as his bandleader.  At right is a photo I took of Stack when we happened to meet up on the sidewalk in April as he was showing up for his first day back! Ah, memories.

Here’s The Colbert Report writing staff nominated once again for an Emmy this year for Outstanding Writing for a Variety Series:

Colbert and company are about to make a whole slew of new memories soon enough. 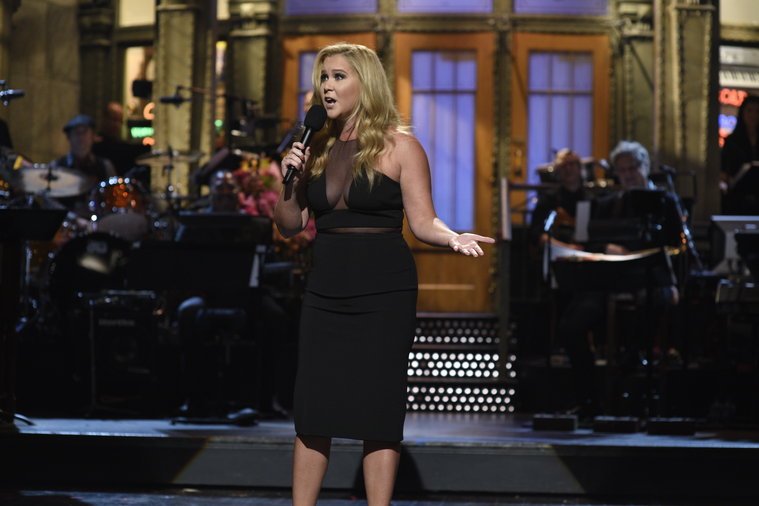 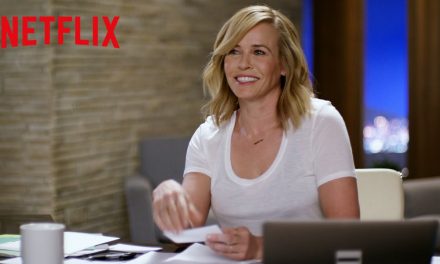 Chelsea Handler calling it quits on her Netflix talk show