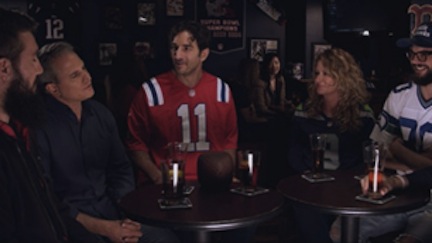 My father’s family is from Boston; my comedy career began in Seattle. My alliances, therefore, remain neutral as an arbiter — at least at the start — of this Super Bowl face-off among comedians for ESPN’s “Enemy Territory.”

In two days of segments for SportsCenter on your TV and online extras, Boston-area natives and New England Patriots fans Nick DiPaolo, Gary Gulman and Max “No Sleeves” Weisz will roast a trio of Seattle Seahawks supporters in the form of Nick Thune and Jeff Dye, plus extra-special 12th man in the form of Sarah Colonna, who is engaged to marry Seahawks punter Jon Ryan.

Here’s the first full teaser segment clip. Look for more later today on TV and tomorrow on ESPN and online. 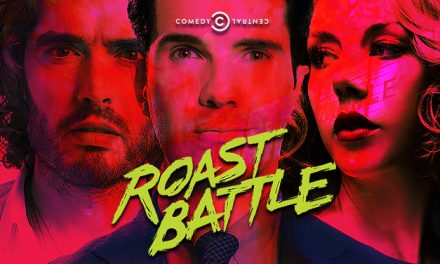 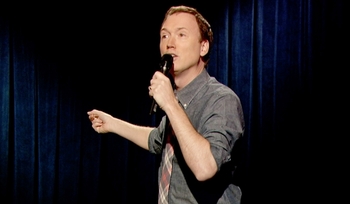 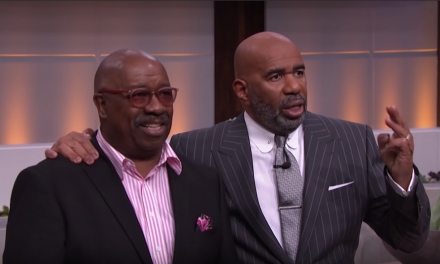