Michael Kosta’s time as a New Yorker was short-lived, as he moved back to Los Angeles last fall after Fox Sports 1 pulled the plug on Crowd Goes Wild, the live sports talker Kosta co-hosted with Regis Philbin.

But one year was enough to have an impact on Kosta’s comedy.

“I definitely feel like I’m a better stand-up,” he told The Comic’s Comic. “I’ve seen more. I’ve experienced more. The stand-up in New York is amazing. There’s an edge to it that’s not here.” And before you think he’s playing into tried-and-true notions of how Los Angeles comedy compares to NYC comedy, know that there’s a reason for the phrase tried-and-true. “Both stereotypes are very true. New York has the bitter, washed-up comic who hates everything. L.A. has the actor who has six minutes of material who’s trying to sell a TV show,” he said. “I’m from Michigan, which is the middle. I definitely relate to a lot of both sides. People (in NYC) would bitch to me about L.A. as if I were the mayor. Hey guys, I agree with you on a lot of this stuff, too. There’s something that’s just so perfect about performing in New York in a basement, intimate, in your face. There’s just something perfect about a basement.”
You don’t find that in L.A., do you?

“In L.A., we don’t have basements,” he said. “If we dig, we’d hit the water table.”
Hollywood does have a surplus of very attractive people – which comes in handy when you’re selling a CD titled, “Comedy For Attractive People,” and joking that you have to be hot to get his jokes.

Is Kosta playing against conventional wisdom? “That’s the whole point,” he said. “I disagree with that. Comedy is that, it’s Chris Farley falling into the table. It’s kind of a place for the ‘unpopular’ kid. That’s why that nerd culture movement is so big. This is my response to that. It’s a quick joke, really. I thought it was a fun thing to say amid all the beards on TV. You now have attractive people trying to look like nerds on television. I though this would be a good way, and also piss off a couple of people along the way, which would be worth it.”

Kosta is going to learn a lot about what pisses people off when he makes his E! pilot, Comments Section. “What’s funny is everybody…immediately thinks it’s all about people who hate on the Internet, which it is. But people comment about other things, too. But that’s where our minds go,” he said.

The pilot is still in the early stages of development, although it has The Soup’s host, Joel McHale, and executive producer K.P. Anderson attached to E.P. Comments Section, too. Kosta previously worked with both McHale and Anderson as a correspondent on the 2013 spin-off, The Soup Investigates. “I call it sniping,” Kosta said. “The Soup essentially is that. The Soup is sniping on reality TV.” Kosta expects one thing they’ll try to figure out who’s leaving all of these Internet comments. “Who are these people? I don’t know. I haven’t Yelped. You’re someone who writes reviews. I don’t. Who are these people?” he wondered. “They have an avatar of like a dinosaur.”

He recalled having to apologize for a comment he made live on-air during Crowd Goes Wild, only to find out later that the offended audience member was a 13-year-old. “But they thought it was an adult. A kid has 40 people in a control room worried. It’s all so stupid.”

Kosta admitted he’d still check his @replies and comments during commercial breaks. “A lot of times I would do something, because I was always sending out to commercial. ‘Let the zany guy throw to commercial!’ And then you look online immediately and it’s ‘You fucking suck’ and ‘You’re terrible.’ Sometimes I wouldn’t even look,” he said.
“Everybody has a voice now.”

Comedians such as Louis CK and Russell Peters have taken boxing lessons, comparing their training for that ring to training for the stage. Kosta, however, is a former professional tennis player. Even if he jokingly concedes he only earned $11,000 in his pro tennis career, rising to the 864th ranking in the world. Is a tennis background helpful for comedy, too?

“I really enjoy that comparison to boxing,” Kosta said. “Considering I grew up upper middle class near Detroit, the closest thing I had to boxing was tennis. You’re alone and you’re vulnerable. To me, that’s what tennis is. Unlike a team sport, where you can always rely on someone to dig you out of a hole. Or football where your face is covered. When you watch tennis, a close match, you really can see what a player is going through. Everyone has seen a comic bomb. And when it hits their face, it’s brutal…As long as your opponent would be the audience. And I believe that.”

His best shot on his CD is a meta serve-and-volley attack on the audience as the wait staff drops the checks with a bit called “Check Spot” describing the activity in front of him.

“You’ve got 10 to 12 minutes of almost a completely fucking black hole, so I was talking about what I seeing, and it was nice to see people paying attention,” Kosta told The Comic’s Comic. “So I just decided to do that every show.” 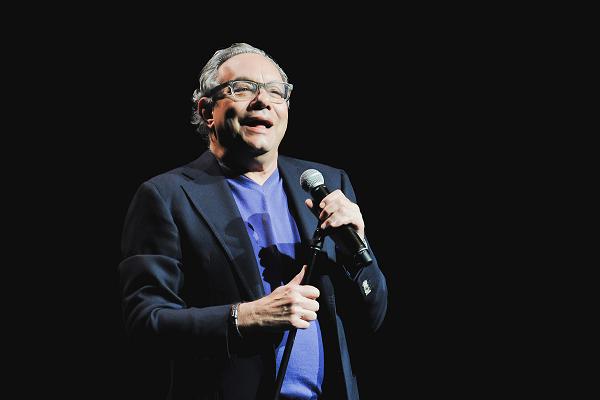 Lewis Black on staying ahead of the curve, interacting with fans through his special “The Rant Is Due” shows 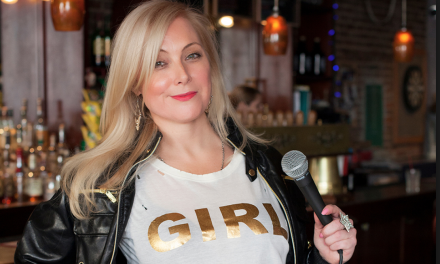 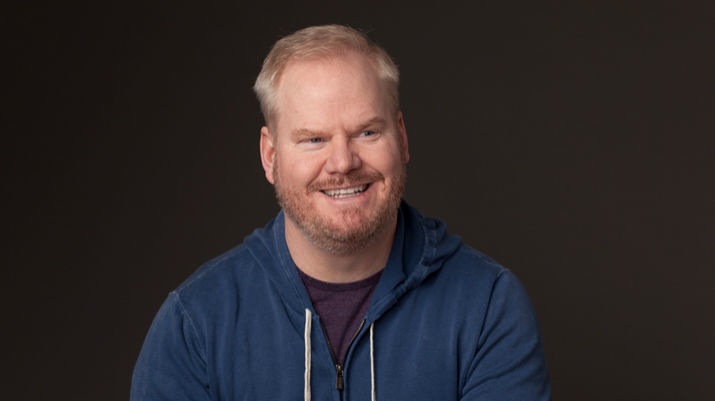 Myq Kaplan has a Comedy Central Presents and a CD, “Vegan Mind Meld.” Watch one, buy the other!