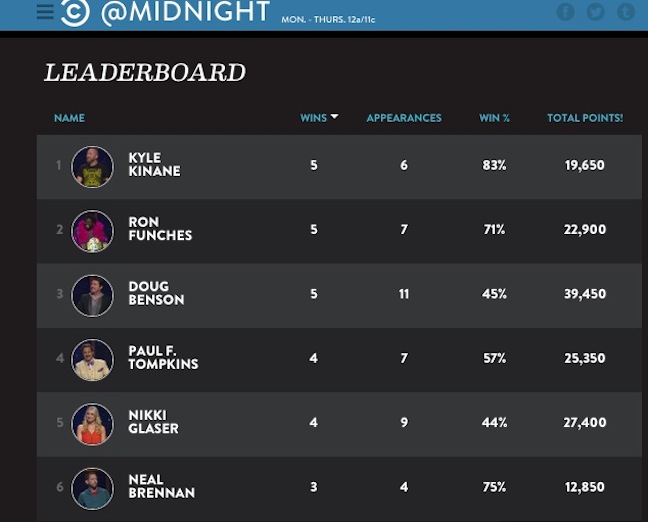 Doug Benson is going to be on @midnight tonight, and if you think Benson has appeared on the Comedy Central game show a lot, your eyes are not deceiving you.

It’ll mark Benson’s 12th appearance on the show, and he’ll be gunning for his sixth win, more than any other comedian or comedic actor so far in the show’s first year.

How do I know all of that? I’m not some obsessive @midnight watcher — although I do say I’m ranked 11th nightly in #HashtagWars on my Twitter bio — and I don’t even have to be any longer. The show’s website has launched a comprehensive site for all of its guests. You can see their brief profile biographies, wins, appearances, winning percentages and POINTS!

And you think the POINTS! were all fake and didn’t matter.

Now there’s an official ranking and leaderboard. That should hit a whole bunch of egos right in their insecurity holes.

As of now, tied for most wins with five (5) are Kyle Kinane, Ron Funches and Benson.

But Benson is far and away the leader in points, about to break 40,000 barrier tonight. It doesn’t look like anyone else has 30,000 yet. Now if somehow Benson could end tonight with 42.0 K points… 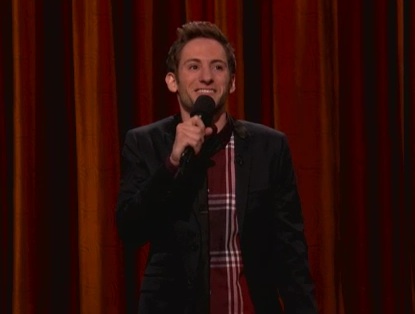 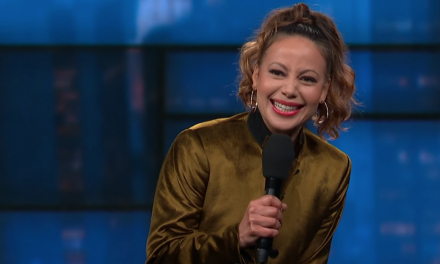 Candice Thompson on The Late Show with Stephen Colbert