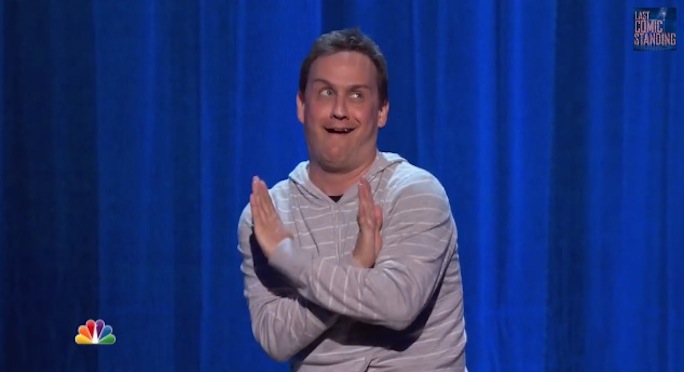 Last year, America’s Got Talent judge Howie Mandel called out a stand-up comedian for auditioning with a bit he’d seen another comedian do — a fact complicated ironically since that other comedian was AGT’s audience warm-up guy: Frank Nicotero.

We never even saw the disputed audition on TV when AGT aired on NBC over the summer of 2013.

But now we do get to see the set in question, performed by Nicotero, in the latest promotional clip for NBC’s Last Comic Standing, uploaded last night. The promo copy reads: “Want to know what every fight between a girl and a guy in a car looks like? Watch Last Comic Standing, Thursdays at 10/9c on NBC.” Roll the clip!

The Comic’s Comic followed up with Nicotero.

As you can see from the clip, Nicotero auditioned with the bit for Last Comic. He also performed audience warm-up duties again for AGT this spring for their Los Angeles tapings.

He told The Comic’s Comic today that he has hosted two game-show pilots in the intervening year since his dispute with The Greg Wilson over the couple-fighting-in-the-car bit (Nicotero claimed to have gotten Wilson banned from “all the good clubs in LA”). As for his own TV pilots? “Waiting to hear about pick ups,” Nicotero said. “Fingers crossed.”

He appeared briefly in last night’s episode of Last Comic, just not onstage telling jokes. “Rocky (LaPorte) is a friend and I am happy he went through,” Nicotero said. “I high-five him if you look closely at the end.”

But back to AGT.

Nicotero said despite the debate with Mandel and the offstage shouting match, Wilson had received a ticket to advance and “legally had to be flown to Vegas. He was brought out with several others and got the old ‘we reviewed tapes and you guys were sent thru yes but not strong enough to move on’ he started screaming and they broomed him out the door. Nobody on the crew even spoke to him. Hahahaha.”

“I never saw the footage where I went after him backstage. Would love to,” he said.

Nobody at home did, either. Nor did we see Wilson’s audition or any evidence that any of it happened.

Performing the bit himself on Last Comic Standing a year later, could that be some sort of karmic retribution to reclaim ownership?

“Absolutely!” Nicotero told The Comic’s Comic. “Wasn’t going to do it since I usually don’t rush it. But that’s exactly why.”

As for The Greg Wilson, he’s still performing, too. Wilson has a gig tonight headlining at The Improv on Melrose.

Tune in next Thursday to see what the judges have to say about Nicotero’s act on Last Comic Standing. 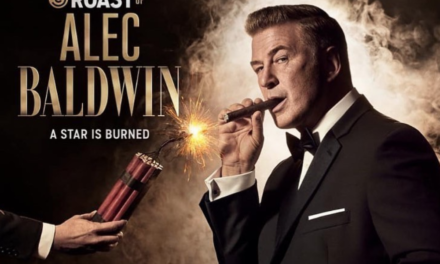 Highlights from the Comedy Central Roast of Alec Baldwin

This just in: TV “critics” like sitcoms you like, plus other shows in 1st Critics’ Choice Television Awards 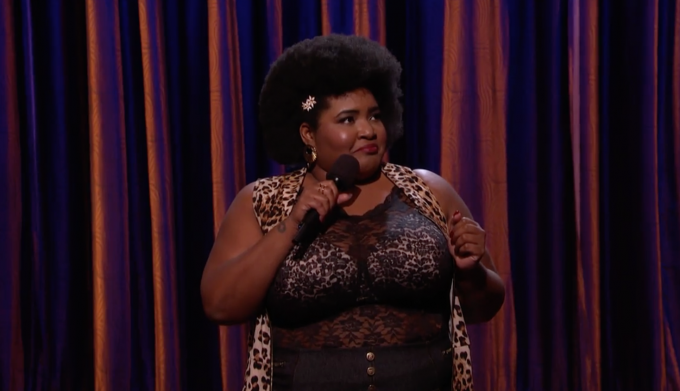 Leave a Reply to Loz in Transit Cancel reply