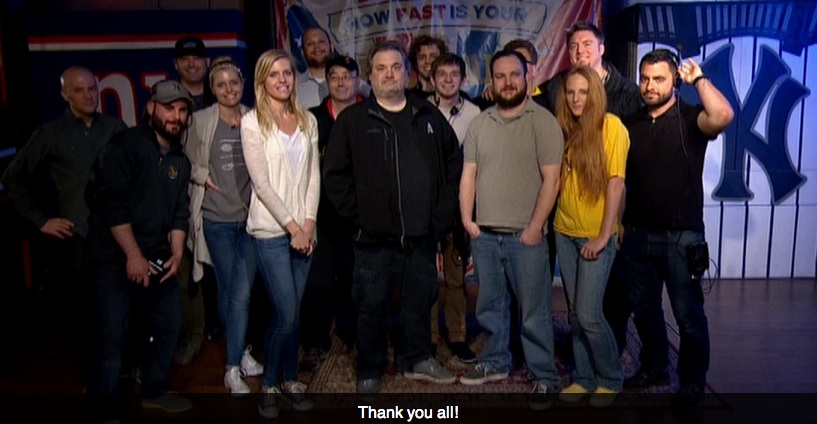 Less than two weeks after Artie Lange‘s diabetes hospitalized him on the road in Detroit, Lange had returned to New York City in good enough health to host his radio/video podcast, The Artie Lange Show, only to find DirecTV cancel it abruptly.

Lange opened his three-hour program on Monday night with the announcement that it was his last show. He told listeners his agent called him on Friday with the bad news.

“They were very amicable about it, very nice about it, very professional and generous. You know, we’re two years and seven months into a three year deal, so it was just a few months until the end of it. It would have been good to end it but, you know, you got to make business decisions. This is a business. I am no rookie at this. I’ve been in situations like this before,” Lange said. “To be honest, I always thought we were a tax write-off for The Dan Patrick Show.”

Lange noted that outside of his tenure as sidekick on Howard Stern’s radio show, his own career has seen him ride out two-year-or-so stints — from MADtv to movies and now this DirecTV program. He also joked that since Craig Ferguson also announced the end of his TV show on Monday, Ferguson would grab all of the headlines from Lange.

But he had nothing but nice things to say about his most recent employers at DirecTV. “They were very good to me creatively, basically let me do whatever I wanted to do…I mean, what executive is going to let you do Dierdorf Abbey, for crying out loud. And they were great to me. There’s no hard feelings at all. I have a lot of other opportunities out there, thank God.”

As did his announcer, comedian Mike Bocchetti: “The last 2 years where (sic) the best ever love my fans for ever you mean the world to me.”

Listen to the final three hours of The Artie Lange Show:

Lange had made his comeback in the fall of 2011 with Nick DiPaolo as the Nick & Artie Show; DiPaolo left in January 2013, leaving Lange hosting the show solo under a new name. 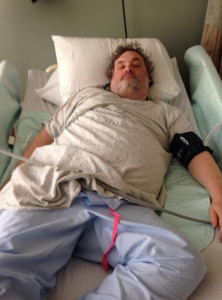 His personal and professional life took a turn for the worse two weeks ago, when he went into diabetic shock while on the road in Detroit, landing in the hospital for a few days and forcing him to cancel stand-up dates and miss his radio show. Lange posted a photo of him laid up in the hospital on April 25, writing to fans: “Trying to get better. Sorry for missing gigs.”

Guest hosts such as Jim Norton filled in for him — but Lange’s latest health scare also had cost him other gigs, such as a guest spot on Hot In Cleveland.

He wrote on April 20: “I’m so sorry to the great ppl at Hot in Cleveland. They wrote a great script that I was excited to do w talented legends But i got so sick,” adding: “It’s a little embarrassing that Betty White is way healthier than me. I ruined their week. Sorry without help I’d have died. I really tried.”

Here, again, is Artie Lange’s goodbye to DirecTV. Roll it.

What’s next for Lange? He did hint at other career opportunities that remain in play. And he still has his stand-up gigs.

Lange will be back on the road performing stand-up May 3 in Milwaukee. 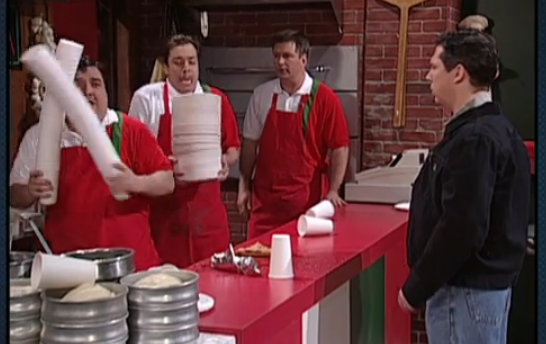