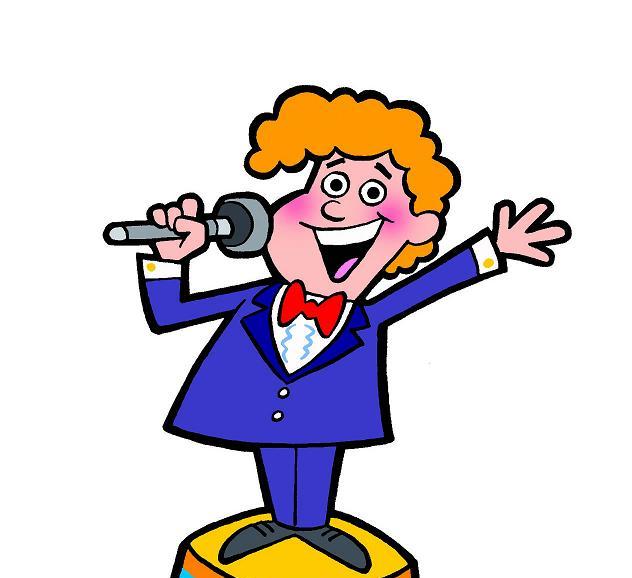 So many comedy shows — whether they’re in a comedy club chain, a one-nighter or an alternative theater space — focus so much on the headliner or marquee drop-in names on the lineup that they overlook the one person onstage that audiences will see first, last and most during the show. The MC.

An emcee sets the mood and can make or break the show, no matter whose name attracted the crowd and the ticket sales.

Michael Malone, who headlines clubs and colleges across North America and won the 2012 Seattle International Stand-Up Comedy Competition, offers up eight rules he thinks any emcee and comedy show should live by.

I’d add a few more myself. As someone who primarily worked as the house MC at my home club back when I wasn’t living/working as a newspaper reporter in the Seattle and Phoenix metro areas, I learned some great lessons from club owners and fellow comedians. In fact, my first weekend gig at the Tempe Improv fell my way in the summer of 2001 when the previously booked MC got fired after the Thursday show by botching Judy Tenuta’s introduction. That’s also how I first met then-feature act Daniel Tosh. But enough about me. Are you ready for your headliner?*

*Trick question! “Are you ready for your headliner?” is a question an MC never should ask the audience, because of course they’re ready. They’ve been waiting a solid 30-40 minutes waiting through you and the feature act and wondering when you’re going to shut up and bring on the main act.

And before I do, let me also stress that he’s not the guy animated above. That’s the first image that Google suggests when you search Google Images for “emcee.” Maybe we should fix that, too?!

Please save your comments for the comments section, but please let us know what other rules you’d add to the list. Now. Without further ado or wordplay…

Here he is, ladies and gentlemen, Michael Malone! 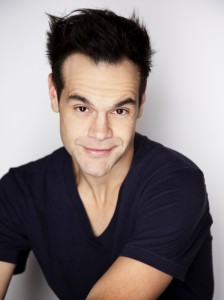 In the last few years I’ve noticed a severe drop off in the level of professionalism at the emcee spot. I am not certain if it is a byproduct of the facebook/twitter/youtube revolution, if comedy clubs have become too lax in their education and standards, or if I’m just becoming a crotchety old man, but too many recent emcees have tried too hard to make each show “their show,” and the overall quality of the show has suffered for it.

I know I do not have all the answers, and in comedy, any rule is capable of being broken, but guidelines are good, and fundamentals are important. I’m a touring comedian who works 46 weeks a year. Usually it is my show… and I feel I know how it should go.

So here it is, my list of 8 things every emcee should know.

The most important thing to remember when hosting, is that emceeing is about professionalism, not about comedy. I realize you want to be funny, we all do, and I’m sure you are, but when you’re hosting a show, your job is making sure it runs well, not decide where it goes. When I was coming up emcees were typically headliners coming in on nights off, introducing drink specials, welcoming the audience to the show and never cursing while they were up there. This has faded away, and perhaps its the pros fault for not continuing to host, or pretending it’s something that is beneath them. It’s not. It’s an important skill that, if done properly, can benefit your longer sets much more than throwing out your 5 best jokes at the beginning of the show. Focus on: time management, crowd assessment, remaining calm, and maintaining order.

I feel social media has corrupted the emcee spot, and minimized its importance to newer comics. Once you were able to customize your profile everyone changed their name to “Comedian ______”, and felt like it was their time to look like a pro without being a pro. Open mic’ers made websites before they had paying gigs. Facebook made it possible for you to create events, and Twitter and Vine has made non comedians famous for comedy. It’s to the point now where some believe it’s more important to be verified on Twitter than it is to get a showcase on Late Night television. I understand as well as anyone the importance of social media, and the important of image, but when you are hosting, no one wants you to be the best part of the show, they want you to present a great show. Be confident, be cool, be professional.

2) Get The Names Right

I can count on one hand the times in the past two years I have stepped into a greenroom and the emcee already knew that I was the headliner, my credits, or asked me any preferences on language. This is important not just for the show, but for your career. Even if you’re great, even if you’re better than the headliner… you’re still going to work at the same company. You’re going to see him at the club, or the next club, or at some contest. Courtesy is important when you’re hosting. I’ve been doing this eleven years, I have won awards, headlined internationally doing stadiums, clubs, and theaters, and I still take the time to google every act I am working with that weekend.

To not learn about the person on the marquee, the person filling the seats and busting their ass for years to get to that spot, is just plain disrespectful and selfish.

It’s the absolute least you can do. I know, I know, some names are hard and have silent letters but it might behoove you to – ASK THE PERSON how to pronounce it. Do not just wing it in a panic as you try and read it off what you scribbled on your beer soaked napkin. I promise you any discomfort or embarrassment you might feel asking is a fraction of the embarrassment you’ll feel messing it up.

(Also, don’t take a napkin up there, write it down on your hand like an adult.)

3) Stick To Your Time

Again, this is NOT YOUR SHOW, keep your dick in your pants kid – nobody cares how big it is. Even if you are killing it, we still only want you up there for 10-12 minutes. If you’re thinking, “What’s the big deal, I went over, but they LOVED me…” Well you fucked up the show’s timetable; now the check drop is off by ten minutes, the staff stops serving early, the feature is scared to do their time, and rattled about what they’ve prepared, the management yells at the headliner because the show went too long, they dropped checks too early in my set and could have made more money. Oh Yeah, and the crowd is thirsty, tired, and loosing their buzz. They’re angry that they couldn’t get served for the last 35 minutes of the show, and now they don’t hang around and pick up a t-shirt or dvd at the end of the night. Thanks, Dickhead.

See above. Unless specifically asked to by the headliner or club owner. Don’t.

However there are rare occasions:

An awful guest spot, a weak feature, a super strong feature, or the headliner’s setting up merch or is pinching one off in the bathroom (In the eighties I would include finishing off a line of coke, now a days I would say instagramming a greenroom selfie) but other than that… Don’t.

That’s your whole job, welcome people to the show, make them feel comfortable. Ask the crowd if they are out with a group, or if they have been to the club before. Give a quick rundown of the other comics on the show, get them excited to not only enjoy the show but to come back again and again. You are the first one they are seeing, sell the show as if it is amazing, and you’re happy to be there. Make people excited. Don’t run anything down, make them feel good about the decision to come out and see live comedy.

I can’t stress this enough, do not leave the showroom/greenroom area. Too many times an emcee will be out at the bar or having a cigarette and then boom – the feature closes up early. I don’t care what excuse you have, nothing is worth making the club look like it’s run by a bunch of idiots. These people paid good money for tickets, even more money for drinks/food and the last thing they want to feel is ripped off. Leaving the feature standing there with his or her dick in their hand makes the club look shabby, it makes their act look shabby, and it makes the crowd angry, or at least uncomfortable. It also makes you look like a punk. How do you feel when you take your car in to get fixed, and you have to wait for someone to come to the desk? You think to yourself, “These guys don’t care about me at all.”

“Oh it’s my thing,” “It’s how I write,” “I’m just so in the moment,” I don’t care. If you can’t do ten minutes clean then you shouldn’t be asking for work. It sets a bad tone for the rest of the show, even if the other acts are dirty. People made an effort to get dressed up, make reservations, come out, buy drinks and food and the first thing they want to see is not your anal sex joke. I don’t care how funny it is, it’s not worth putting people in a awkward mood (even if it’s just a few crowd members). You are the first one on stage, the first impression, remember that.

8) Did You Just Ask to Sell Merchandise?

No, ABSOLUTELY NO SELLING MERCHANDISE FROM THE EMCEE SLOT!

If by some chance you are best friends with the headliner, and they say out loud, “Nah, man you can sell, I don’t care,” still don’t. THEY DO CARE. There is no reason for you to have merchandise available as the emcee, no exceptions.

Well there they are, my eight old man rules to emceeing a comedy show! They’re not easy to follow, and I broke them as well, I went over my time, cursed, I tried to stand out by sinking other acts, and I wish I could take it all back. Not because I feel guilty, but because it slowed me down.

Now I am in the headlining position and I see how important these rules are. If I’d have adhered to them sooner, the shows I was a part of earlier would have been better, and everyone involved would have benefited. I started at the age of nineteen and nobody could tell me that I wasn’t going to the be the next Eddie Murphy, I get it. We all have an ego, – that’s why we are up there under the lights in a room full of strangers exorcising our demons. It’s not your show… yet, and it won’t be, until you learn how to run it.

I guarantee if you are funny, and follow these rules you will have more work than anyone else doing their own thing and trying to prove how important they are.

Stay humble, stay focused and most of all stay funny.

This essay is republished with permission by the author. It originally appeared on his website, malonecomedy.com. 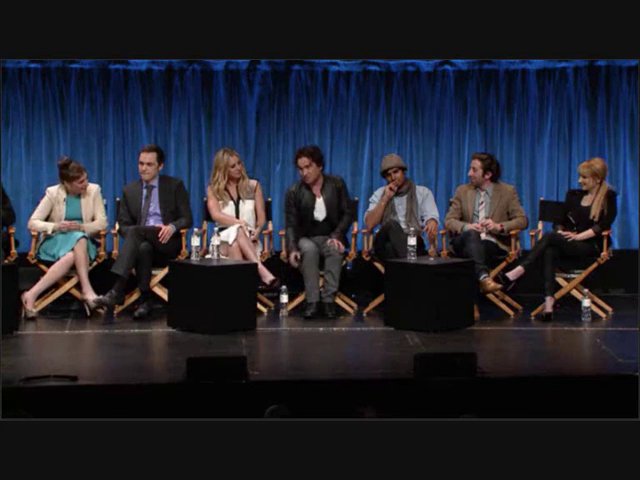 Previews for Between Two Ferns: A Fairytale of New York, with Zach Galifianakis