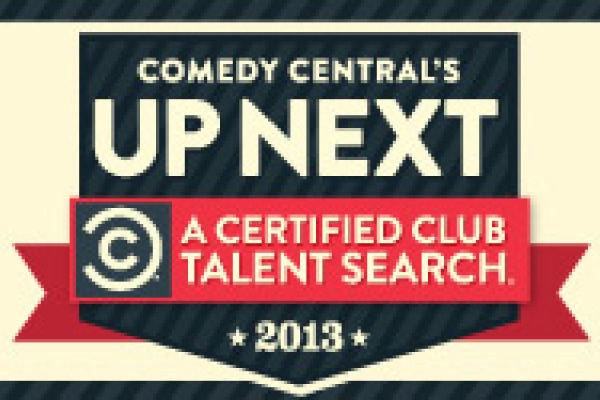 A decade ago, I recall sending in a VHS tape to Comedy Central HQ for what they called “Laugh Riots.” Oh, VHS. Oh, my own stand-up aspirations.

Anyhow. Moving on, we all did.

Comedy Central then presided over a similar contest called Open Mic Fights, which had comedians from different regions competing then converging in NYC to declare a winner before a live audience.

In 2013, we have the new new thing for stand-up comedians looking to make a name for themselves in the show business — Comedy Central’s Up Next.

So how and where do you enter? Good question.

UPDATED! Here is how the official press release from Comedy Central describes the selection process: “The selection process for the comedians in the 26 preliminary local showcases and the four regional semi-final showcases is a collaborative effort between COMEDY CENTRAL and the club management who will work closely together to identify the best new stand-up comedians.” (EMPHASIS MINE)

Here are the dates and locations for the inaugural contest in 2013.

Leave a Reply to Will Speed Cancel reply