How To Hire a Comedian For Your Private Function or Party

Grandma Kashian’s guide to Hiring a Comedian for your function

Andy showed me this article about some comic who did an LA County Sheriff’s Luncheon for “600 or 700 people.” : http://www.salon.com/2013/07/26/sheriffs_department_in_hot_water_over_race_jokes/ 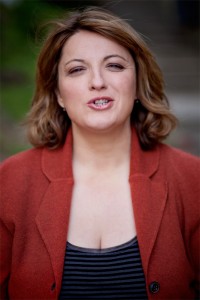 Andy suggested that, since people DO NOT KNOW how to book comedians at professional and business events that I write up a quick reference guide. I laughed and laughed. It’s hard to get people to read my contract when they’re paying me.

But, sure… here’s some basics. Let’s start with

“What the comic will Need” to go on stage with a happy outlook:

3. A place to hide/chill out before the show: A small room off the banquet hall/showroom would be great. With some water/sodas in it is sweet. It’s NICE of you to offer the comic a meal before the show but some comics don’t eat before shows and almost none of them want to, nervously, sit around with the people they will be performing for, BEFORE the show. Any meet/greet should be AFTER the show.

4. A bottle of water/soda for before and/or during the show.

5. A MICROPHONE and stand on the “stage.” NOT a podium. Never a podium. Comedy is not a podium activity.

6. A stool or tiny table, on the stage, to PUT said water/soda.

7. SOMEONE to Introduce the comic. Short, sweet, succinct.

Now… You want to hire a Comedian. First and foremost, lady who is in charge of finding a comic that appeals to 700 politically, ethically, and religiously disparate individuals, YOU are fucked. If you go too “dumb/simple” you lose all cred as a “fun party lady” … if you go blue or dark… you get an article about you in the LA Times. If you don’t want to PAY the comic… you get a beautiful trifecta of blue, dumb and lame.

So here’s the best suggestions to protect yourself and troubleshoot your choice:

1. PAY THE COMIC. The LOWEST amount of money, for a comic with NO CREDITS/FAME/SENSEOFWORTH is $1-$5 a person attending. (plus air/hotel and ground travel if the event is out of town). For people with one of the things listed above it’s $5-$10 a person attending your event. The more well-known a comic people, think more along the lines of $40-$100 per person.

If the people that booked Edwin San Juan for the Sheriff’s luncheon (a third party to my knowledge) did not pay him $600-$3000, as I have never heard of him, then they deserve what they got. You get what you pay for. A comic making money works to make sure everyone is happy. A comic working for beer and dinner MIGHT want to have more fun than you. Make a note.

2. ALERT the people attending: Comedy is an ADULT sport.
The comedian will be as clean as you want, but you have to tell them. Basic “corporate dress” for comics at these events is, what is called, “TV Clean.” Cable/Primetime. Some swearing (not the f-word and, certainly not a joke using the N-word… Jesus Edwin. And sometimes not Jesus 😉 is “TV clean.”

TOPICS are going to be adult. Not graphic description of sexual acts but… adult topics. If the people attending are hot house flowers… WARN them. They are not seeing a children’s show. Private shows are different than going to a comedy club with your friends and spouses. We should all understand that. But tell the comic what you like or hate. Hopefully you’ve done some research so you know what kind of comedian you’re getting.

3. Pick a comic that you like several of the samples you saw. Get their album. What the heck. Do some research. Watch a lot of YouTube videos. But with a grain of salt.

If the video you are watching is set in a club, and you like the majority of the jokes but the comic is swearing and working on their rape chunk, know that that is NOT what they’re going to do for you. You can even tell them that. Because comics are people with brains attached to their mouths. Especially if you state clearly, “No f-word. No rape jokes. Adult topics I get… try to keep the racial and sexual stereotypes to a minimum. This is an event for DOLE… try not to go too deeply into the betrayal of Liliuokalani,” or whatever.

4. You THINK you want the comic to do 60 minutes of comedy. You do NOT. Think about how long these people have been hanging around this night. They work together all week. Or… their boss is sitting right there, WATCHING how many glasses of wine they’re drinking…

The crowd has had a. before dinner drinkds/hor d’ourvres. b. dinner c. an awards/chatty magoo session celebrating their work and, finally, d. some entertainment. NO more than 40min. My contract says I will do 40-60 min “depending on what the market will bear” (see what I did there? That’s FUNNY… a capitalism joke for the corporate types). You do the 40… you get the hell off – unless the comic IS having the time of their lives. In which case, everyone is pleased anyway.

5. PAY THE COMIC. In my contract I insist on “check in hand” before I go on stage. Why? Call it superstition from the 90’s when I had to fight with bookers to pay me… Call it I want to finish my set and be able to leave after a SHORT time of meet and greet, not waiting for you to sober up enough to “find” my check. I get paid before I get up to quell MY nerves of WHEN I will get paid. Everyone is constantly telling me that I’m so brave to do standup… well, getting paid before is my kevlar. I get a check to be reminded why I’m at your luncheon, you give me a check to remind me that you value my work. If you hate it after… cancel the check. But I’m doing the job. Pay me.

Well. That was long and cathartic. I should probably read it before I post it. But I’m not going to. There.

Republished from Jackie Kashian’s Tumblr with permission from the author.

Preview Doug Benson’s “The Benson Interruption,” from its debut on Comedy Central, Friday at midnight

This Is Not Happening: What’s in a name-check, Ari Shaffir? 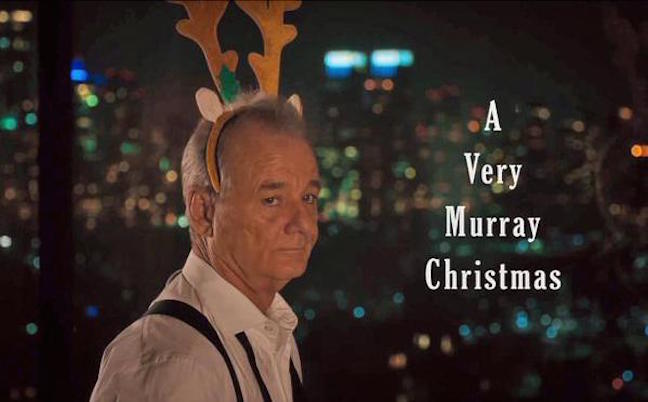