The CW renews “Whose Line Is It Anyway?” opening door to more comedy programming in 2014 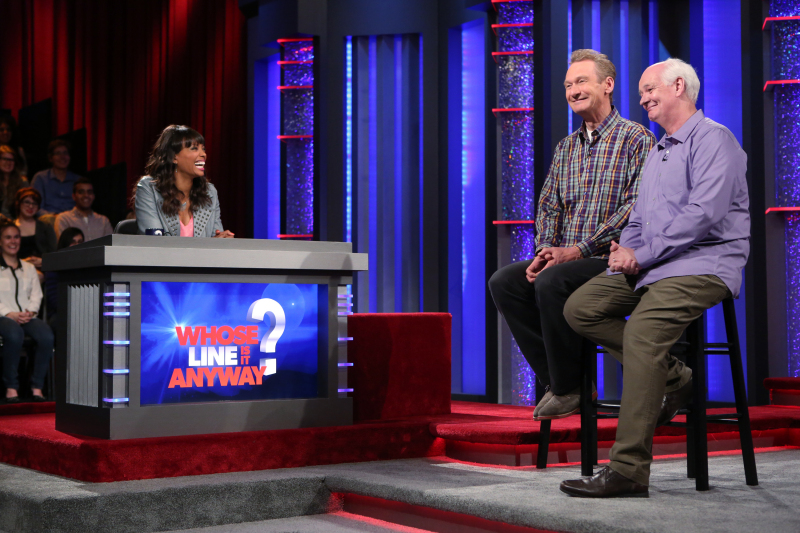 Only two weeks into its revival, Whose Line Is It Anyway? not only has proven to be a hit for The CW, but it’s also revived the broadcast network’s hopes to program actual sitcoms and other comedy series on its dial.

The CW announced late Monday it had ordered a second season of Whose Line with Aisha Tyler as host, with 24 new half-hour episodes coming sometime next year (dates and times to follow — this season’s episodes air at 8 p.m. Tuesdays). And network chief Mark Pedowitz told the TV Critics Association today that the success of Whose Line “gave us a strategic place for comedy,” all of which means he’s now open to ordering pilots and series for sitcoms in the coming year.

Quick recap primer for those of you who need one on the 2013 edition of Whose Line: Wayne Brady, Colin Mochrie and Ryan Stiles are all back improvising and playing onstage, Aisha Tyler has replaced Drew Brady as host, and each week there’s a guest fourth improviser as well as celebrity guests to join in the fun and short-form improv games.

You can watch the first three episodes in full if you missed them earlier this month, all on The CW’s Whose Line page.

How To Hire a Comedian For Your Private Function or Party