Flying a holding pattern: Multiple sitcom pilots still up in the air for network schedules in 2014

The Walking Dead, a show about life in Georgia just after the zombie apocalypse, has emerged this year as America’s most popular TV series — not just on cable, but also beating just about anything living and breathing on the broadcast networks among viewers 18-49.

As the networks watch viewers jump to cable, to their computers and even to their phones for alternatives, the rules of the game have changed. And that now even applies to pilot season.

ABC, CBS, FOX and NBC announced their fall lineups and midseason replacement programming to advertisers in May.

Heading into the Fourth of July weekend, however, several sitcom pilots thought dead then have since come back to life in one form or another. No zombie sitcoms in the pack. Not this summer. But projects from comedians who were just co-starring on network TV (Craig Robinson), formerly topping the ratings (Roseanne Barr), producing best-sellers and sold-out stand-up shows (Jim Gaffigan) and grooming to be the future influencers of watercooler conversation (John Mulaney) all are sticking around for more negotiations with network executives.

What sitcom pilots are still in the mix for potential pickups in midseason at February or for Fall 2014?

Middle Age Rage — (options on the cast extended through September) A single-cam starring Annie Mumolo as the wife and mother of that title’s generation and temperament. Co-stars include Will Sasso (newly rediscovered by the multimedia masses via Vine), Melanie Leishman, Wyatt Oleff, Kellee Stewart and Skyler Gisondo.

The McCarthys — (new pilot ordered, changing format from single-cam to multi-cam) Created by Brian Gallivan, based on his life in an Irish Catholic Boston family. From the official CBS description: “At the center of the story is Ronny, the gay, unathletic son who has always felt like the odd man out. He has now decided to join the singles world and make a life for himself. But rest assured, his tight-knit family will have something to say about that.” Original pilot starred Jake Lacy, Jack McGee, Jacki Weaver, Jimmy Dunn, Jessica Chaffin, and Joey McIntyre. CBS in talks with the cast about continuing in the reshoot. From Olive Bridge Entertainment and CBS Television Studios. Executive Producer: Will Gluck.

Jim Gaffigan pilot — (retooling, reshooting?) Gaffigan’s single-camera based on his real life as a comedian living with his wife and five kids in a two-bedroom apartment in New York City. Mira Sorvino played his wife in the original pilot. No word yet on a new pilot or changes to it, but it remains in the mix. Even more so now that Gaffigan signed a deal for a second book after his new tome, “Dad Is Fat,” became a best-seller this spring.

The Assistants — (options extended on cast members Brittany Snow, Stephen Root, Catherine O’Hara and Jillian Bell) Written and executive produced by Sherry Bilsing-Graham and Ellen Kreamer, and based on the blog and book “To My Assistant,” by Lydia Whitlock, a single-cam about the workers at a NYC law firm. From Lin Pictures and WBTV.

Mulaney — (changed networks, scripts ordered) Somehow didn’t pass muster with NBC, where John Mulaney was a writer for Saturday Night Live and potential successor for Weekend Update, and only left SNL to make this pilot with SNL and now network late-night guru Lorne Michaels. Fox is looking into it. The original pilot was a multi-cam, with Mulaney starring as a version of himself, only onscreen working for a boss played by Martin Short. Co-stars included Elliott Gould, Nasim Pedrad, Griffin Newman and Seaton Smith. No word on which cast members will return for a new pilot shot for FOX. From Universal TV and 3 Arts.

Assistance — (three additional scripts ordered, plus cast option extensions) Not to be confused with the aforementioned sitcom about assistants in development at FOX. This one stars Krysten Ritter and Alfred Molina, and is written by Leslye Headland based on her play, “Assistance.” From Will Ferrell and Adam McKay and Gary Sanchez Productions.

Word on the street says Roseanne Barr is negotiating with NBC on a 10/90 deal for her own return to sitcoms. Barr had guested in multiple episodes of The Office‘s final season as an entertainment agent for Ed Helms (Andy). So far, we’ve seen plenty of 10/90 deals for basic cable channels such as TBS and FX, but not for the broadcast networks. This would be the game-changer. 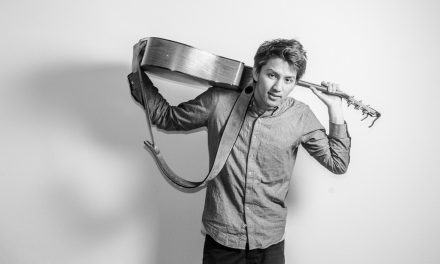 So that’s where I remember seeing Craig Robinson 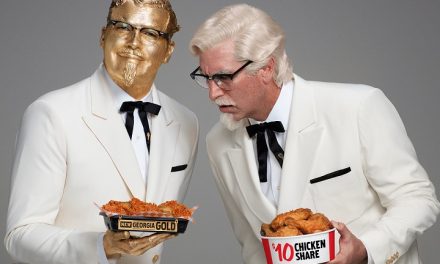