Amy Schumer allowed her sometime opening act to perform the closing number this time for the first season of Comedy Central’s Inside Amy Schumer.

Bridget Everett also appeared in the “Sex Tips” magazine sketch earlier in the season finale of Schumer’s series, before performing a musical number, “Titties,” at the end of the half-hour. The song is available now on iTunes if you want the full uncensored version by Bridget Everett and the Tender Moments.

If you don’t get Everett, or you don’t like what she does, she gets that.

“The kind of stuff I do onstage isn’t for everybody. So, on occasion, there’ll be somebody there that like, walks out or something. Or, I get, you know, I go out into the audience and I see people looking down, or whatever. But I think that it’s better to be a risk-taker and do something that’s very specific, and they’re going to love you or they’re going to hate you, and there’s enough people that are going to love it that I’m going to do just fine. I’m not worried about people who don’t understand it or don’t get it, ’cause there’s a lot that do.”

That quote comes from this new short documentary by Adrienne Scalo about Everett called “Chasing the Dream!”

And here is the alternate performance of “Titties” by Everett with DJ Ad-Rock from last year’s Just For Laughs “Funny as Hell” series on HBO Canada. Check it!

If you’re in NYC, you can catch Bridget Everett and the Tender Moments in her monthly residency at Joe’s Pub. 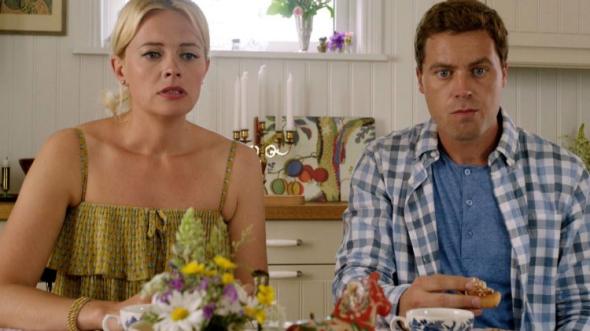 How do you get to Carnegie Hall? Ricky Gervais got his hands dirty, so to speak!