Git-R-Sold! Only in America, Larry the Cable Guy sends his bobblehead into space, talks about the History of his merchandise

Last week, comedians Jeff Foxworthy, Bill Engvall and Larry the Cable Guy revealed they’re planning to open their very own amusement theme park — Blue Collar Country — on 500 acres in Foley, Ala., that would include a “Larry the Cable Guy rib joint” restaurant among the offerings.

If you think that’s weird, then you haven’t been paying attention to Larry the Cable Guy’s vast merchandising operations. 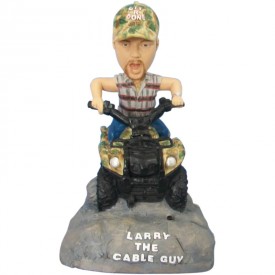 Plenty of stand-up comedians sell copies of their CDs and DVDs on the road after shows. Some also sell T-shirts. Bumper stickers, perhaps. Larry the Cable Guy has already gotten that done and then some. On the third season of his TV series, Only In America with Larry the Cable Guy, which premieres tonight on the History Channel, one episode will find him sending a bobblehead into space.

Larry the Cable Guy talked with The Comic’s Comic about that episode, as well as his approach to merch.

But the bobblehead wasn’t your idea.

“No, the bobblehead wasn’t my idea. You know. I have merchandise. I got a lawyer. He does things with all my merchandise. When you go out on the road, you’ve got a T-shirt company and a merchandise company, and there’s so many things that happen that are hired to do things for you. So, yeah, you have a merchandise team. And they come up with the merchandise. They run it by, and you OK it. So my wife OKs a lot of this stuff. Some of the stuff I don’t even see, because I’m not home that much. So, evidently, my wife has OK’d a bobblehead and I saw it two years ago, and it looks pretty good! I like it!”

Is that the weirdest thing with your name or likeness on it that you’ve come across?

“No. The weirdest thing I ever had merchandise-wise? Was Rebel Rubbers.”

Larry the Cable Guy chuckles. “They were condoms, in rebel flag packages. They came in three sizes: Git, Git Her, and Git Her Done. That was probably the dumbest thing I ever had. That was, I think, the first stuff I ever came up with way back in the day, and thought it was hilarious. They don’t sell those anymore. But that was by far the goofiest thing I ever had.”

So that’s goofier than any of the foods you have now? 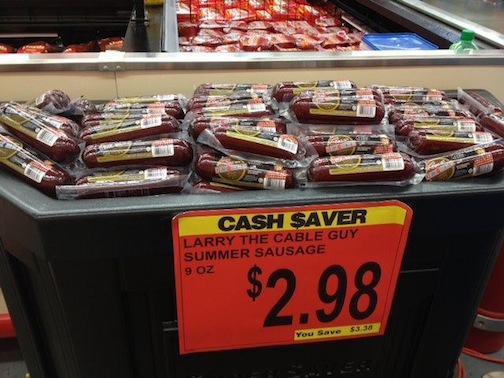 “The frozen foods are awesome. They are, all the proceeds of my stuff goes to my foundation, so the foods are awesome, because they’re raising money for my foundation (Larry the Cable Guy’s Git-R-Done Foundation). And the foods. We actually, the head of my foundation, when we got this going, I said: ‘I kind of want to be like the redneck Paul Newman!’ I love what he did with his charity, where he had foods out. He gave all of his profits to the charity. And so we kind of talked to them a little bit, (asked) how they did it, they helped us kind of get on our feet with that foundation, with the foods anyway. Man! I’ve got a ton of stuff out. And they’re doing really good. People really like them. My potato chips. My muffin mix. I remember one time, a guy sent me a thing and said he didn’t like my muffin mix. I said, ‘Well, it’s a buck. Whadda you expect?’ You’re buying muffins for a dollar. I mean, it’s not like you’re getting Entenmann’s.” 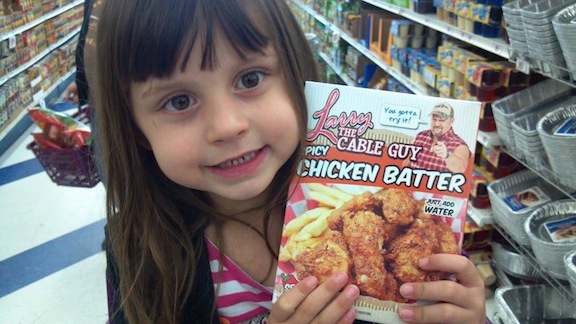 A girl poses with a package of Larry the Cable Guy Chicken Batter.

Is the bobblehead the only merch of yours that makes into this season of your History series?

“I think the foods might make it into one episode, as a backdrop I put it in there, because I thought it was funny. But the bobblehead, yeah, that’s the only thing that I have — we just thought it would be cool to put it in an air balloon. A weather balloon. And take pictures, have a camera on it. By gosh, it worked! When we retrieved the cameras, there’s my bobblehead and you can see the Earth underneath it. You can see the curvature of the Earth and the blackness of space.”

Are you jealous of your bobblehead now, for going to places you haven’t?

“I was jealous of my bobblehead until we watched the film. When the weather balloon popped, the bobblehead went with it. It is smashed somewhere in New Mexico. So I’m not too jealous of it now.”

You can purchase a Larry the Cable Guy Bobblehead direct from the History Channel, too. Only $3.97. 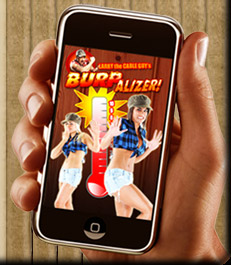 Here’s a Larry the Cable Guy Git-R-Done branded item you might not have seen before: Larry The Cable Guy’s BURPALIZER.

“Through a series of complex and advance math equations, the Burpalizer volumetrically analizes your burps (and belches) to provide a cohesive scoring system,” as the site promises to provide fun for the whole family. Alas, the Burpalizer no longer appears in the Apple App Store.

You can find a free Larry the Cable Guy app with his info and tour dates, or pay 99 cents for a LTCG “Sound Board” app through Warner Music Group that gives you audio of his jokes, sayings and catchphrases plus links to his YouTube videos, or a “Talking Larry the Cable Guy” app for 99 cents through Merge Mobile with cartoon jokes and Turkey Shoot or Fly Swap games.

Or how about a Larry the Cable Guy beer pager? 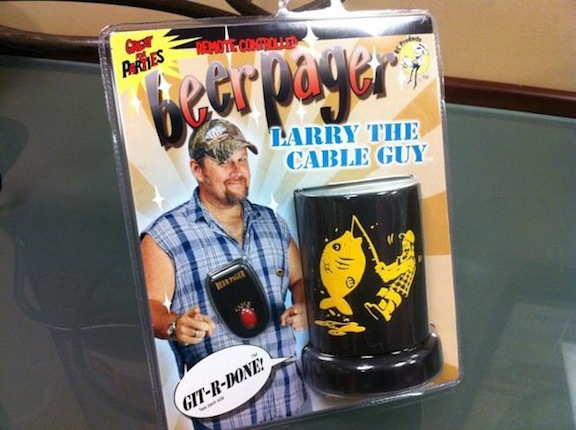 This new History Channel teaser for Only in America with Larry the Cable Guy shows him learning how to judge a dog show.

Above: Larry The Cable Guy posing with his potato chips. A separate Facebook page for his chips states: “My Tater Chips are one of a kind folks! With four flavorful choices (Fried Dill Pickle, Cheeseburger, Barbeque Rib and Buffalo Wing) it’s like having a picnic in a bag! I hope you enjoy my Tater Chips as much as I do! Git-R-Done!!!” 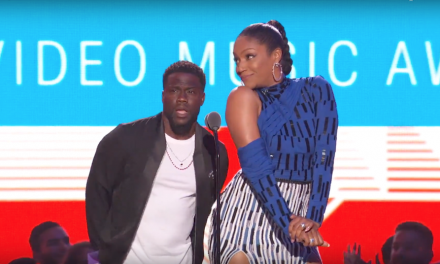