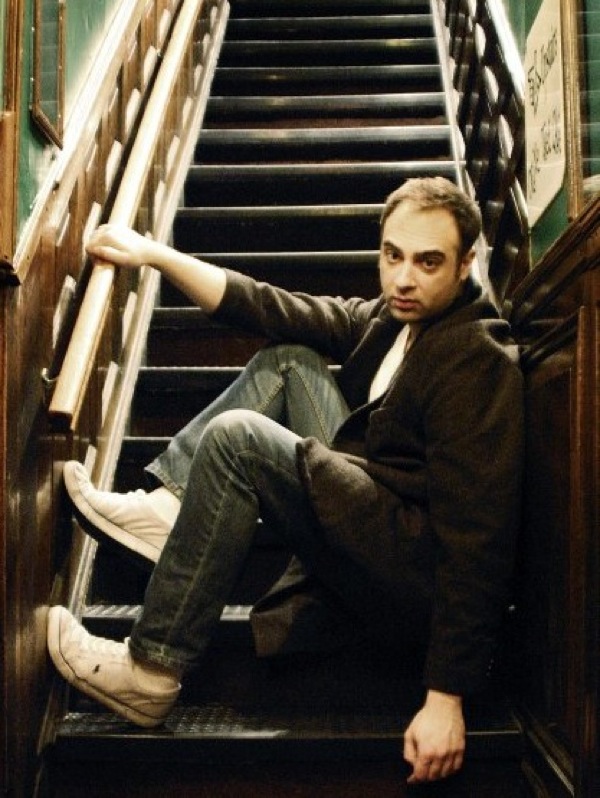 What do they say about New York City: There are eight million stories, and sometimes it seems as though eight million of the people telling them think they’re comedians? No, that’s not it. It is a fact, though, that America’s biggest city is also its biggest comedy mecca. Hollywood may be Hollywood, but New York City is where comedians are born funny, become funny or arrive to thrust their funny upon us. I think we should meet some of these people. This is a recurring feature, a mini-profile of newcomers, up-and-comers and overcomers of New York’s vibrant comedy scene. It’s called Meet Me In New York.

Kurt Metzger is a man of many ranty words online on his Facebook page, or even live onstage at a comedy club near you. In a Q&A, not necessarily as much. So please allow me toot his horn for him. You’ve heard Metzger as the voice of Randall on Comedy Central’s animated series Ugly Americans, and you’ll hear his work in the upcoming series Inside Amy Schumer. Onstage as himself, Metzger has appeared on Live At Gotham, Comedy Central Presents, Late Night with Jimmy Fallon and Late Late Show with Craig Ferguson. And during the last season of Last Comic Standing, Metzger didn’t win the title but did win the prize for best joke of the season.

If you think he caused a stir earlier in 2013 with his comments about payment or lack thereof for comedians at the Upright Citizen Brigade theaters, well, then, you don’t know Metzger. He knows what he’s doing, even when he claims he’s not. In fact, he’s launching a new podcast called, “I’m the Asshole.”

Let’s get to know Kurt Metzger.

Name: Kurt Metzger
Arrival date: Just before 9/11, 2001
Arrived from: Philadelphia
When and where did you start performing comedy? Philadelphia around ’97.
What was your best credit before moving here? None
Why did you pick NYC over LA or anywhere else? It was close.

How long did it take to get your first paid gig in NYC after moving here?
Not sure. A while.

How is this scene better/same/worse than the scene you moved from?
It’s New York so it was better in every way except rent. Stage time, quality of comics.

What tip would you give to any comedian who moves here?
Hang out. Write jokes. Don’t start a room so you can trade spots like a fucking commie. Get funny so you get booked. Don’t make business cards, be funny. Don’t make t-shirts of yourself, be funny. Don’t be a fucking marketer/hack. Oh my god nothing is more irritating than an open miker with a great logo.

Where do you see yourself five years from now?
Alive. Fingers crossed!

Here is that joke Metzger told on Last Comic Standing that won him kudos. It’s about Michael Jackson’s death:

And here is the promo for a webseries Kurt Metzger did with fellow comedian Joe DeRosa last summer for the “Official Comedy” YouTube channel called “Overrated.”

You can hear more from him on his stand-up CD, Kurt Metzger Talks to Young People About Sex. 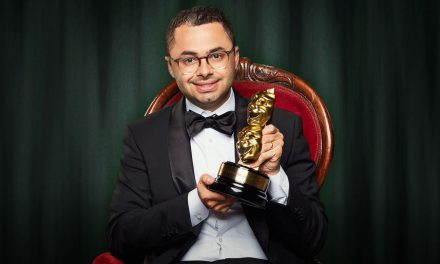 Joe Mande talks the nature of Shark Tank, comedy awards, satire and pranks on the cusp of his “Award-Winning” Netflix special

Leave a Reply to Harry The Locksmith Cancel reply