Eric Andre, T.J. Miller nude it up on “Attack of the Show” finale month 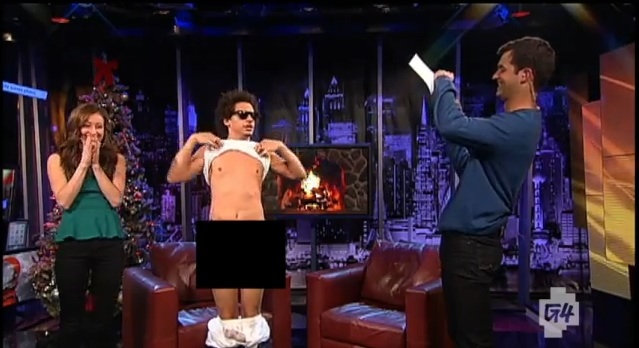 On Thursday night’s episode of Attack of the Show on G4, guest Scott Aukerman interrupted his interview a few minutes into it with Michael Kosta to wonder:

“By the way, what is happening with this show? I was told before I came out not to show my ball sack? By legal? And now it’s all I want to do.”

Kosta’s reply? “Hey. It’s been an amazing week, this week.”

G4 already had announced a couple of months ago that it’d pull the plug on Attack of the Show at year’s end, as the cable channel looks to rebrand its image in 2013. Kosta is one of a few guest hosts brought in to steer the show home, and the previous two nights had seen live TV pushed to its decency limits.

Well. That depends upon how decent you consider nudity is, when it’s coming from comedians Eric Andre and T.J. Miller.

Eric Andre eased into his live naked moment from the very beginning of his interview segment, kicking off his sneakers before talking about his own Adult Swim anti-talk show. Then he showed a censored picture of his “mangina,” with his penis tucked behind his legs. Although he casually dropped a profanity early in the interview, he later toyed with Kosta about what words you could or couldn’t say on G4. “Mother flower” is still OK. Dropping his pants and boxers, sort of OK? Black box it!

When Miller showed up to AOTS the day after Andre, he encouraged chants of “penis” from the beginning of the segment. Miller decided to continue the naked theme that Andre had thrown down on Tuesday’s show, and one-upped it by humping the show’s Christmas tree. 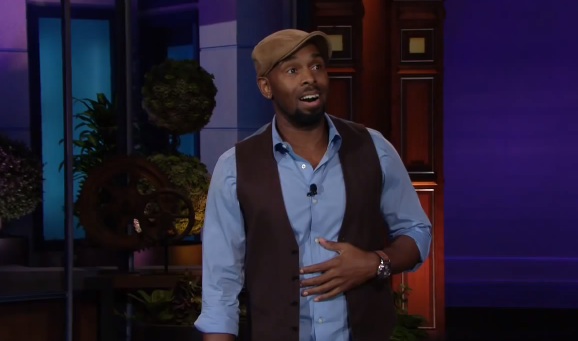 Ty Barnett on The Tonight Show, on turning 40 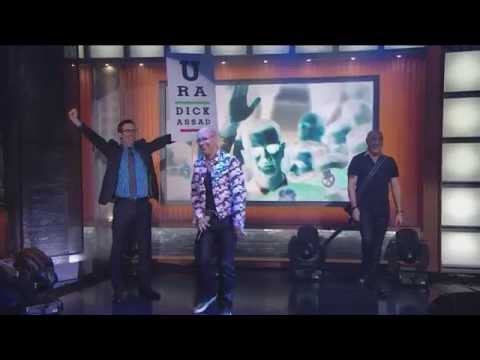