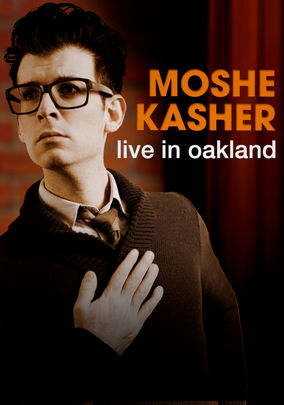 Moshe Kasher’s new special, Live in Oakland, (which debuted exclusively this past weekend on Netflix) starts off with what should be an unnecessary warning about the content of his show.

Kasher clearly illustrates his apathetic view toward those who might be offended, explaining that, though they have the right to be upset, he really doesn’t care. It’s an off-putting beginning to an otherwise great set. I don’t call it off-putting because I would later be offended by the material and the idea of the comedian who made that material not caring about my feelings hurt. Rather, I call it off-putting because it feels like an artificial and mundane way to overtly explain the defense nearly every comedian has for their occupation. Then again, I’m probably just projecting here. It seems off-putting to me because I assume he’s talking directly to me, and I’ve convinced myself I don’t need to be told not be offended by stand-up comedy. It’s kind of like when I’m watching the news and I assume Brian Williams is specifically angry at me because of the statistics revealing the obesity crisis of our nation. “Brian isn’t upset with you,” I convince myself with faint whispers and cookies. “He’s upset with the rest of the country.”

I trailed off there. Let’s talk some more about Kasher. The rest of the set picks up from that point with sharp observations and critiques on various social, religious, and cultural ideas. The subjects are presented through Kasher’s very unique personality. He’s aware of how he looks and sounds in terms of delivery and spends a considerable amount of time letting the audience know that he knows he comes off as a snarky, effeminate, possibly gay Jewish guy. He does a great job of subtly slipping most of this self-awareness into jokes throughout his set, and that subtlety is what really makes most of his set so funny. Often a small punchline to a joke will simply be to the effect of, “Because I’m a Jew.” Kasher doesn’t go any further than that, but the short line is cushioned so well into a longer bit that an explanation isn’t required.

Occasionally, as a bit digresses into a certain level of hilarious madness, Kasher will move the microphone away from his face as he shouts a line, making his voice sound distant and eerie. The best example is a bit about heaven being nothing but harps running off into his mother screaming at him about her disappointment in his life decisions. Right as the character of the bit changes to his upset mother, Kasher moves the microphone. It’s a subtle effect, but it’s a humorous technique that adds to the insanity of a bit veering off into a hilariously dark place.

Watching Kasher is entertaining in itself. He’s incredibly energetic and animated like a small rodent with epilepsy or some other imagery I can’t think of without reusing rodents or epilepsy. It makes his entire delivery engaging throughout the set. Whether he’s pantomiming how he thinks Irish people with paws look or demonstrating his fist traveling through his intestines to make a peace sign, Kasher shows that he is a very active performer.

Kasher’s set ends in one of the weirdest — though most interesting — ways I’ve ever seen a comedy special end. I won’t ruin anything in particular, but I will say it’s nice to see the practices of French mimes getting the recognition they deserve. Live in Oakland is a great hour of stand-up. Most of the subjects covered are common ground for the stand-up comedians, but Kasher’s personality and voice are certainly unique, presenting an engaging perspective for what might otherwise seem like familiar territory.

Final Rating: However much it would cost to subscribe to Netflix long enough to watch Moshe Kasher’s comedy special. So, like, I guess free if you’re doing the trial month. Otherwise, it’s about $8 a month, right? So this comedy special either gets a rating of “Free” or “$8”.

You can check out Moshe Kasher’s Live in Oakland by clicking this link to Netflix.

You can follow the author of this article, Matthew Fugere, on Twitter (@matthewfugere) or check out his personal blog here.

Review: Preacher Lawson, “Get To Know Me” on BET+ 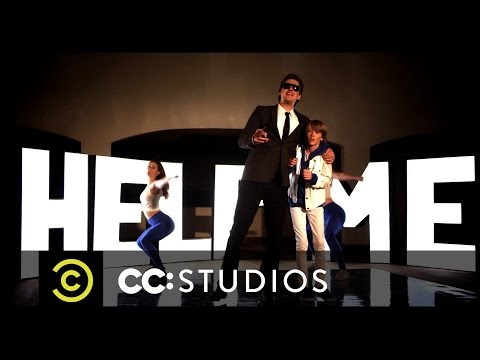 On “The Night Shift” with Brent Weinbach’s new CD

Leave a Reply to she Cancel reply