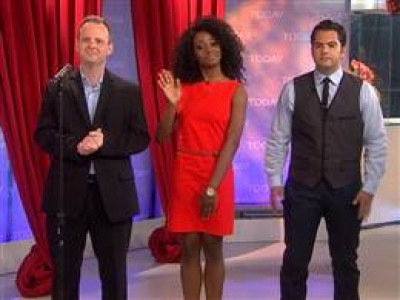 Rather, this was the second in a monthly (?) segment the network morning show is conducting called “Quest For The Best.” They sought up-and-coming comedians. Undiscovered talent. As opposed to what NBC’s own America’s Got Talent is looking for?

Anyhow. That’s not the point.

Point is, they put out the call, received all sorts of video submissions from would-be funny people 18 and older, and invited three of those people into the Rockefeller Center studios to perform for KLG and Hoda, as Al Roker emceed the proceedings.

Who’d they pick? Roll the clip! 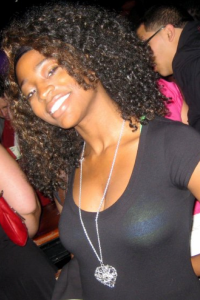 If only the fellas had done a little Google research, they would have learned that Faustin herself already had declared herself “MaRee Faustin Might Just Be NYC’s Most Awesome, New Comedian 2011!” for a 2011 show she put on at Broadway Comedy Club. Well, put on isn’t the right phrase. Bringer contest? And yet. You see. Between last year and now, she was reading The Secret. Do people still read The Secret? Do people still know what that reference means?

Next month’s “Quest For The Best,” if you’re willing to take the challenge…Best Pet Trick. Dog days of summer, I tells ya.

New York Times kills off Laugh Lines blog: All the humor is not fit to link?

On Conan, Nate Bargatze sorts things out with his wife via text