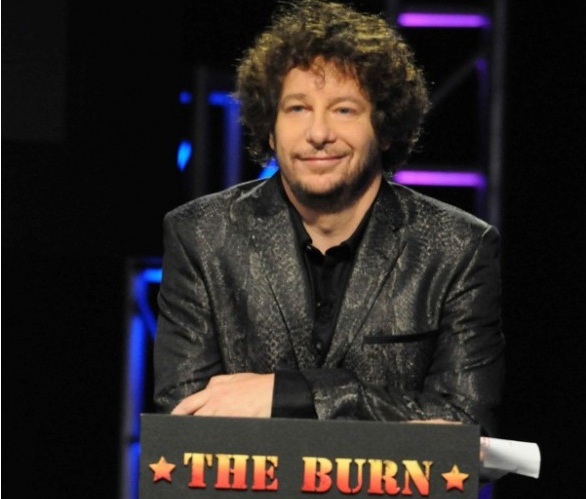 While other pilots remain in different stages of Comedy Central’s production and development pipeline, three comedians found out Thursday that their wishes had been granted to star in their very own series.

Comedy Central has ordered three new series to pilot. Two will wait until 2013 to see airtime, but The Burn, hosted by Jeffrey Ross, will arrive on your TV screens this summer.

Ross, who has spent his winter on a live Jeff Ross Roasts America tour, will be roasting the week’s hot topics in The Burn, joined by fellow comedians. If that sounds sorta kinda like Comedy Central’s version of Best Week Ever, well, ahem. The network’s Kent Alterman said of Ross: “Jeff embodies comedy past and comedy future simultaneously, and we are excited to be in the present with him.” Ross added: “Thank you Comedy Central. My mission is clear. To rip the world a new asshole one crack at a time. I can’t wait to get started.”

Here’s some info on the other two new series picked up for 2013 orders.

Review with Forrest MacNeil is based on a previous  Australian series, and stars Daly as a critic who will review any life experience based on requests from his TV audience. You’ll not only see the reviews, but also how the experiences impact the lives of Forrest MacNeil, his family and those who surround him. “This show will be a great service to society,” said Daly. “If you’re thinking about cheating on your spouse or murdering someone, please wait until we review it so you can avoid the pitfalls and enjoy the experience.”

Nathan For You stars Fielder (previously seen on Comedy Central’s Jon Benjamin Has A Van and in his native Canada on This Hour Has 22 Minutes) as man with a business degree who provides unorthodox advice to anyone and everyone, but especially to small businesses.

HBO has renewed Real Time with Bill Maher through 2020