File this under things a comedy nerd may have imagined really happens when comedians from Saturday Night Live and MADtv are alone in a hotel room, but only in fan fiction. Well, guess what. On the third season premiere of Hung on HBO, we learned that our titular male gigolo brought a loan officer (Michaela Watkins) and her bank teller friend (Arden Myrin) to a hotel room to prove he was up to a job worth loaning money toward. But much to his and our surprise, the two ladies were more interested with each other than with him. Which led to a steamy scene in which they make out and remove nearly all of their clothing on the couch.

I won’t publish any of the actually NSFW frames or video from the show, because I’m a gentleman who has to face both them again in the future, and you have work, so it’s not safe for you to indulge your comedy nerd fantasies.

But I will manage to save this just barely SFW shot for you to remember that this actually happened.

Oh, also, one of the characters working in a coffee shop had difficulties pronouncing a customer named Birbiglia. So, see. Something for fans of male and female comedians!

SNL #35.10 with James Franco, Muse and a dancing Mike Tyson 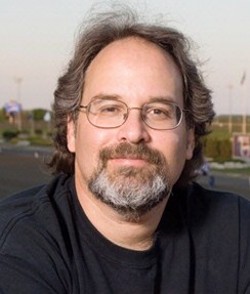 Sundance’s Voices on the Election