Jo Koy out of Chelsea Handler’s NBC midseason sitcom, but Handler still gets to joke that Koy is gay? In case you missed it, sometime before the holiday weekend, NBC decided to recast three of its supporting roles on the 2012 midseason sitcom, Are You There Vodka? It's Me Chelsea, based on one of Chelsea Handler's best-selling books. One of the people losing out was stand-up comedian Jo Koy, a regular member of Handler's late-night roundtable on her E! series, Chelsea Lately.

A spokesperson told Michael Ausiello the cast changes had been made for "creative reasons." But a few comedians (you know how comics talk) already had put out word that for Koy, the creative reason allegedly was the network's response to Koy calling an audience member a "fucking faggot" during his June 15 show at Just For Laughs Chicago. Neither NBC nor Koy has said there was a direct link. (Updated!) In fact, I have it on good authority that NBC already was looking to recast Koy's bartender role with someone who could develop more potential sexual tension with Laura Prepon's lead character as a younger Chelsea, and they had until June 30 to make that decision. And Koy apologized the following day for his brief outburst via Twitter, saying: "Homophobia is not funny."

Did Handler get that memo?

On Monday night's episode of Chelsea Lately, neither Handler nor Koy brought up their NBC split. Handler did return to her long-running roast of Koy by joking that he's gay. Because being gay would be funny? Or because accusing Koy of being funny and having him react negatively is funny?

In the first segment, Handler described a San Jose coffeshop with nude baristas and quipped to Koy: "Hopefully you can get a gig there, and pretend that you're straight." Koy's reply: "Ohhh. Funny."

Handler also suggested jokingly that panelist Chris Franjola was "the only one on this roundtable who's been with a naked Vietnamese boy," then moved onto a mobile app that allowed gay people to hook up — in which the discussion eventually turned into a joke about Koy being a "Filipino dungeon bottom," with Koy replying to Handler with disgust. "I don't even know what a dungeon bottom is." Handler: "You know exactly what it is." Koy: "I don't know! No. I don't."

I'm not sure how Handler can be a gay icon and at the same time continually use accusations of being gay as a joke. The gay community will have to explain that one to me.

As for Jerry Nunn, the online columnist invited personally by Koy to attend the Chicago show, only to bolt the theater "right after" Koy's outburst at an audience member, I'd like to know why he didn't stick around to see if Koy addressed the incident or made amends by the end of the show. Yes. You were uncomfortable. Homophobia isn't funny. But you accepted a personal invite to write about a show that you couldn't bother to watch the entirety of before writing a critique? Comics regularly dig themselves into all sorts of holes. The least you could do was give him a chance to get out of it.

And as for NBC, I'd like to thank them for addressing the mess that is this trailer for Handler's sitcom. Lenny Clarke is always funny as a wisecracking dad. But what else is funny about this show? Roll it if you must.

Face it: Seth Herzog’s Night of Fun is happening 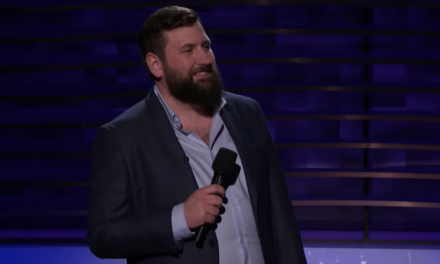 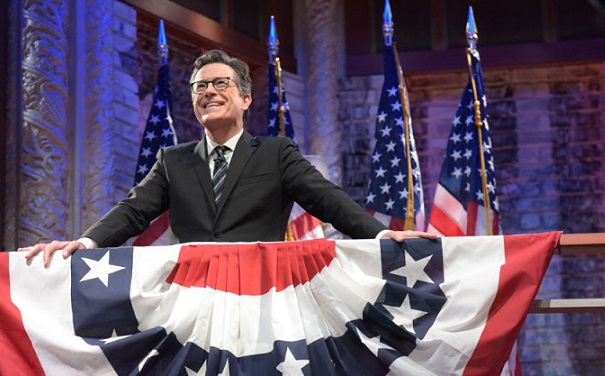