You may know part of who Nick Cannon is. Young, charismatic star in the movie Drumline. Mastermind of MTV sketch comedy jams such as Wild 'N Out and Short Circuitz. Morning radio host here in NYC on 92.3 FM. Host of NBC's summer talent search, America's Got Talent. Husband of Mariah Carey and father of her newborn twins.

But do you think of Nick Cannon as a stand-up comedian? Cannon wants you to. Cannon hopes you do. And he spent the better part of the past year-and-a-half building a new hour that became Mr. Showbiz, which debuted last week on Showtime (and available all month On Demand and repeating on the pay network's channels), was available as a digital purchase on May 16, and will be available via more traditional means at the end of the month.

"This will be the first time that people get to really know who Nick Cannon is," he says in a voice-over before the cameras show him entering the theater at the Palms resort in Vegas through the crowd (reminiscent of Dane Cook's Vicious Circle). That was HBO. Cannon is on Showtime.

Here's a clip of Cannon explaining who has the power in his marriage with Carey:

I get Cannon on the phone amid a flurry of promotional calls. So busy that my time with Cannon begins in the drive-thru line.

How are you doing? "I cannot complain, about to pull into McDonald's and get me some lunch…'Yeah, could I get your two-cheeseburger meal, the number two with a large fry. Lemme get the new frozen strawberry (drink), and a sweet tea. And a large Reese's Peanut Butter McFlurry. And a Filet-O-Fish sandwich."

Are you ordering for two? "No. I'm going to eat all of this." He explains he'll inhale some of it immediately, and save the rest for later. But that's what you get when you schedule our life so busy that you have to have that kind of metabolism.

But what if the world ends this weekend? (We spoke late last week, before the so-called Rapture) "If the world's going to end on Saturday. Why in the world are you out advertising it? If you know that secret, shouldn't you be in a hookers spot or something like that? You've got to get in everything you can…I'd be skydiving buck naked if I could."

It's hard to believe he's all of 30. Then again, in his opening montage for Mr. Showbiz, Cannon mentions and shows a clip of himself at 11 years old in an amateur competition. What made you start stand-up at such a young age? "Obviously I grew up watching Eddie Murphy, Delirious. Raw. Arsenio Hall. In Living Color. And my Dad was a preacher and he thought I was really funny. He said, 'You're funny. You should write an act. I was really hyperactive. So to settle me down, my Dad sat me down and had me write jokes. He had a cable access show where he let people come on and perform. It started as busywork and then it eventually turned into a career."

I'm surprised with your long career in comedy, you didn't enter the theater to LL Cool J's 'Don't call it a comeback?' "That would have been hot. But I wanted to do something where I owned the publishing rights."

What did you learn from your experience with Wild 'N Out and Short Circuitz? "It actually goes back further. I was a warm-up for television shows. For Nickelodeon. The guy who keeps the crowd entertained during television tapings. Then I was a staff writer. I was 17 writing for Kenan and Kel and other shows. I was the youngest staff writer in TV history. And then I went onscreen with All That. All That was my introduction to sketch comedy. And then years later I created Wild 'N Out and the other stuff."

Do you have a preference for one or the other between sketch and stand-up? "I like them both differently. But I have a love and a passion for stand-up."

You do a Denzel Washington impersonation in the special, and newcomer to SNL Jay Pharoah is known for his Denzel. What do you think of Pharoah's take? "I think he does it great. It's funny, because I'm friends with Jay. But I know Denzel, too. Jay was at Gotham (Comedy Club) when I did my act. It's funny. I think I look more like Denzel when I do my Denzel. And Jay sounds more like him. I have more of his mannerisms and act like him, but Jay, if you close your eyes, you can't tell the difference."

Did I see right that movie director Brett Ratner was an executive producer on your special? "Yeah, that's my man. He's a huge fan of comedy. He's crafted lots of careers, from Chris Tucker to other funny people, and he's a good friend of mine. He jumped in there, gave me some tips. it looked flashy. It looked great, so I have Mr. Ratner to thank for that."

Building yourself an hour for this special, how much did it feel like you were going through your own version of America's Got Talent? "A year and a half I was on the road perfecting the act. Night after night I had to prove myself. Because people hadn't seen me do it. I had to be entertaining that whole time and to keep the energy up and keep the crowd rocking. It was a real challenge. But I was up to it. And I'm already working on my new hour. So it won't stop."

How did you feel about performing in Montreal for the big industry festival while you were still developing the act? "That was great. That was the beginning of the road. It was good to get back out there and let people know what I was doing." Were you worried about pressure of a big gig like that? "Nah. I try not to look at that…if you start worrying about that stuff, you let your eye off the ball. You just got to keep playing."

Well, hosting America's Got Talent, you've gotten to see how other stand-up comedians deal with pressure, and I know you really supported Doogie Horner last year. I hear there are even more stand-up comedians this season. Can a comedian do well on AGT, though? "Oh yeah, there's some funny people. There's like six comedians who made it straight to Hollywood."

Isn't it tougher for a comedian to win, though? "That's the toughest job on the show. First off, it's not set up for stand-up. First they talk to you for five minutes and then you say you're going to tell jokes. They wonder (in the audience), why weren't you funny during that first part? They mess up the energy and timing talking to you for longer than you're going to do comedy for. You only have 90 seconds. It takes me longer than that to say my name."

Multi-tasking your life — how much of it is wanting to do everything, and how much of it (morning radio, TV hosting, stand-up) is from your hyperactivity? "My ADD is the cause of a lot of it. I gotta to be multi-tasking at all times. But there's a method to my madness. A media monster. A media guru."

Isn't that Ryan Seacrest's gig these days? "Challenging Ryan, I got more talent in my pinky than Ryan Seacrest has in his whole body. And you can tell him that that. Dude, his work ethic is phenomenal. He actually inspired me to do a lot of the things that I do. I actually joke with him about that."

Can you joke with your wife, Mariah Carey, about the bit in your act when you explain who your "fantasy back-ups" are? What does she think of that? "She's cool. She thought it was funny. She knows I'm not getting with any of those chicks, so she's cool with it. Plus, she's my number one!"

Nick Cannon's Mr. Showbiz is available via iTunes and Amazon.com, among other retailers: 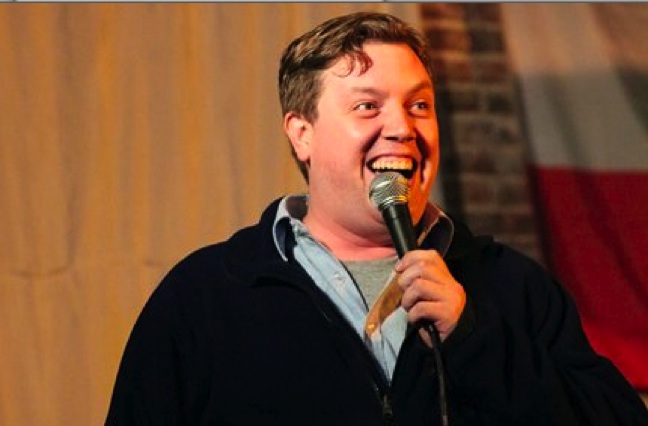 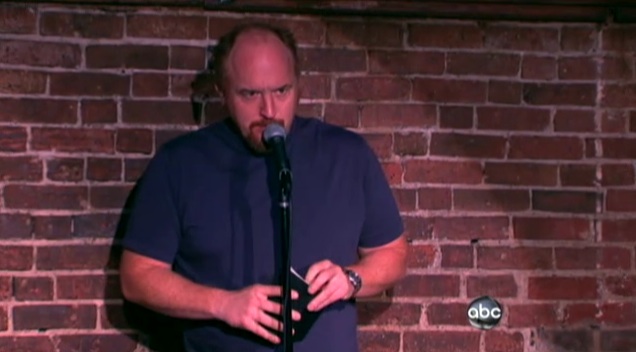 Louis CK opens up about the process in wide range of interviews, revelations 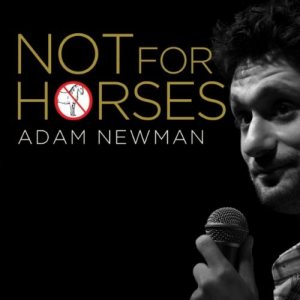 Adam Newman, “Not For Horses”

What will FX’s “The League” do if the NFL lockout continues into fall and impacts the 2011 season?