Why is The Awl so ignorant about comedy?

The Awl, the blog founded by former editors of Gawker, put out press releases when they launched a spin-off called Splitsider, proudly proclaiming there weren't any comedy sites on the Internet. I know. Really?!?!

You'd think since then, they'd at least become a little more curious as online reporters when it comes to comedy. Not that what they do necessarily constitutes reporting or journalism.

But yesterday, Choire Sicha wrote another lazy piece of linkbait headlined, "Why Aren't Gays Funny?" I know. Really?!?! Just by putting a link, I've contributed to his linkbait success.

Brilliant Los Angeles stand-up and character comedian James Adomian — whom I profiled in 2009, and who appeared on the 2010 season of NBC's Last Comic Standing — offers a fine rebuttal in the comments and on his Tumblr. So please allow me to heart and reblog Adomian's reply…

So asks the title of this searing expos√© from N.Y. culture blog The Awl, which I read tonight after performing standup at a gay bar here in L.A. Maybe I‚Äôm not the right guy to answer that question, but perhaps I can ask a better one: why aren‚Äôt media gatekeepers like Choire Sicha aware of what‚Äôs going on with gays in comedy these days?

We‚Äôll give Choire the benefit of the doubt and assume that he is gay (and merely confused about comedy, given his list of exceptions so absurdly long it ought to overturn his hypothesis). Still, where, pray tell, have you been looking for funny gays, my dear Mr. Sicha? The t.v.? You can‚Äôt just sit around waiting for things labeled ‚ÄúGAY COMEDY‚Äù to fall into your lap and then be upset when you don‚Äôt like what you get. You have to go out into the world and see what actual gay people are doing to make actual comedy audiences laugh. And to do that, you might occasionally have to venture beyond the comfort of gay bars and cruise ships, into the scary world of live comedy! Maybe even ‚Äî heaven forbid ‚Äî an alternativevenue!

YES, American comedy ‚Äî especially standup ‚Äî is a straight boy‚Äôs game. That‚Äôs why it would be so awesome if an LGBTQ writer with the power of the pen could shine a light on the gay comedians who do manage to break through and thrive in that oppressively heteronormative and often homophobic world. You might be the one to connect gay audiences with the gay performers ‚Äî and you might even have a good time!

If the The Awl‚Äôs masthead is an accurate indication, Sicha lives in New York, center of all things gay and all things comedy! Check out the hilarious Brent James Sullivan and John Roberts, who both live there. Go see Drew Droege when he‚Äôs in town. Same goes for Solomon Georgio and Chip Pope and dozens more outrageously hilarious boys and girls of a curious persuasion.

Gatekeeper: open the gates! And consider a followup story in a few weeks: ‚ÄúA Look at the Funny Gays Doing Comedy.‚Äù 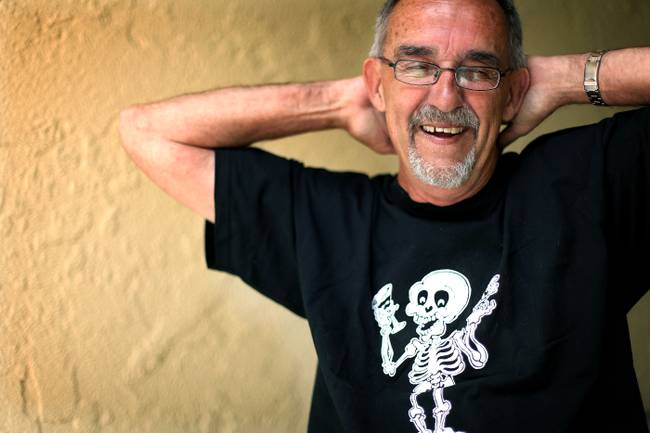